I Felt The Bullet Hit My Heart 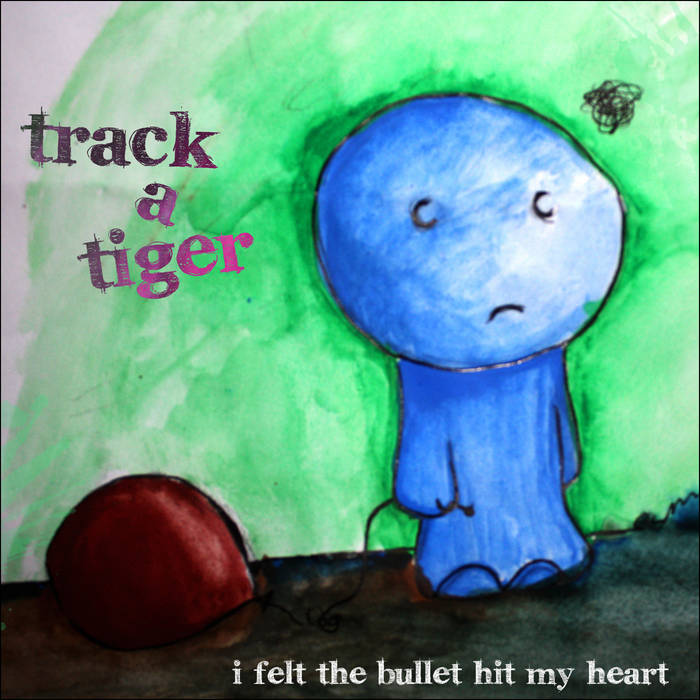 Dynamically spirited and sonically vibrant doesn't always mean loud guitars, especially if you're the atmospheric indie-pop and electro-textured slowcore outfit known as Track A Tiger. Fresh off the heels of their critically-acclaimed We Moved Like Ghosts, this band isn't resting on the laurels off their Deep Elm Records debut one bit. Deeply engaging and undeniably subtle with crushing boy-girl harmonies, sparkling keyboard effects and a wall of twinkling electronic sound, Track a Tiger is back with the fantastically named I Felt The Bullet Hit My Heart. Cool to the touch, the aptly titled album saunters through twelve tracks of soul-numbing sweetness with Sandy Kim's falsetto in "Don't Let The Nightlight Dance" downright charming. Dreamy indie-pop for you and yours? Bingo. The band keeps picking up comparisons to mega stars in the indie-rock world such as Yo La Tengo, Low, American Analog Set and Iron and Wine, because there is a genuine experimental quality to their highly creative, polished, lo-fi sound. The band's clever songwriting, ingenious arrangements and intricate instrumentation are not only pleasing to the ear but also the psyche. (DER-480)

"One of the best things about Deep Elm Records recent return to the fray has been the diversity of the recent signings. Taking in shades of electronica, folk, country, indie and in the case of Track A Tiger all of them combined into something of a swoon-pop masterpiece. Taking much from the likes of Anathallo, Modest Mouse et al theres a healthy smattering of genres abound here all wrapped up around some elegantly understated songwriting. Sharing a sense of wide eyed exuberance, this is a band to cherish and love exactly the same way you did Chutes Too Narrow all those years back. It may have slipped out quietly but this could well be the sleeper hit album of the year." - Heads Up

"The soundscape is a mellow one, adrift with electronic effects and effect-ladden guitars, yet still seeming as subtle as a strictly acoustic act. Vocals float upon tempos that are up-beat, yet still feel very relaxed, making you tap your feet, bop your head and sing along. Mostly there's a feeling of folk-music made modern to the beats and atmospheres, but one particular track stands out to me, namely "Push Through The Dark", as both the singing and the music here makes me think that there are actually quite a few similarities between this music and that of bands like Lydia or Mew. Come to think of it, Jose Gonzales has actually also entered my train of thought as I've been spinning this record. "I Felt The Bullet Hit My Heart" is a solid and easily enjoyable record, the kind of which you might enjoy to leave buzzing in your earplugs as you navigate your days. An atmospheric, chill-out record." - Rock Freaks

"From my first listen, it was the opening track 'Don¹t Let the Nightlight Dance' that sold me. The song is soft and upbeat from the very start. The track showcases the band¹s male and female harmonies over a catchy melody and happens to be the most memorable track on the album. This is not to say the rest of the album is forgettable or even lacking at all. Each song on the record is arranged wonderfully. One can tell the band is well rehearsed and experienced in song writing and recording, for each song on the record truly compliments the arrangements. Anyone that enjoys The Sea and Cake, Stars, or Iron and Wine should indeed love Track a Tiger. I would recommend them to anyone who enjoys tender melodies layered with male/female harmonies. Other notable tracks are 'Bullet,' 'King of Your Blue Eyes,' and most definitely 'Heart,' the closing song." - Innocentwords