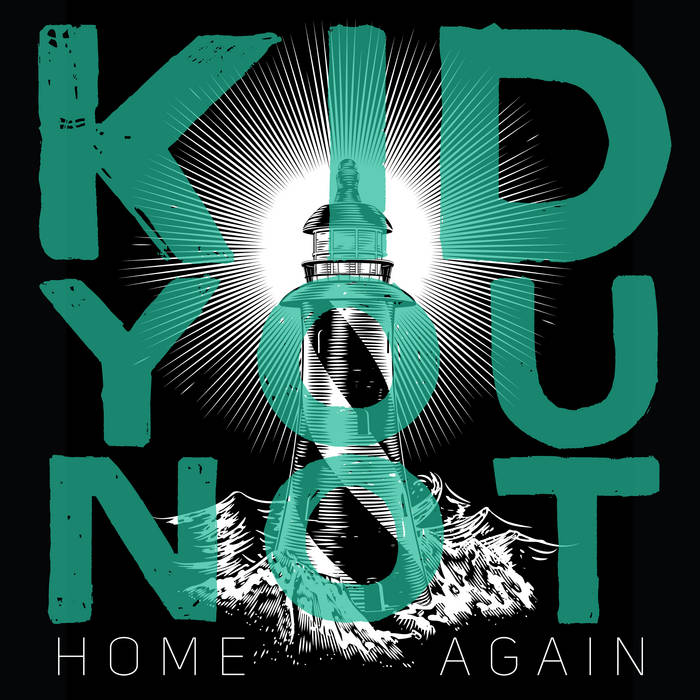 Sung from the gut and straight from the heart, Florida-based punk outfit KID YOU NOT answers the recent release of their full-length Deep Elm debut with an intoxicating, invigorating, raucous return featuring six brand new songs and six fresh recordings of the band's classic anthems. From the moment Home Again takes off, it's purity, purpose and DIY spirit are palpable. Combining new school and old school influences (ranging from Iron Chic, Latterman and Red City Radio to 90’s punk rock heroes Hot Water Music, Jawbreaker and Millencolin) with an exciting new sensibility, the album never lets up with its wrath of gruff vocals, melodic harmonies, pounding drums and infectious choruses. This is an album about our divisive social and political climate, the frustration and discontentment inherent in pursuit of the American Dream and the challenge of maintaining the valuable friendships we cherish to help us make it through another day. It's the kind of record Deep Elm was founded upon, where you turn up the volume, sing along at the top of your lungs and throw your fists in the air. Undeniably infectious and highly relatable. (DER-585)

Striking hard with purpose, conviction and relevance, Home Again is another giant step forward for Kid You Not in living their lives to the fullest. If the direction of this new album is any indication of what the future holds for Kid You Not, I can’t wait to hear what comes next. Kid You Not may not save the world, or even punk rock, but fuckin' a...they saved me.