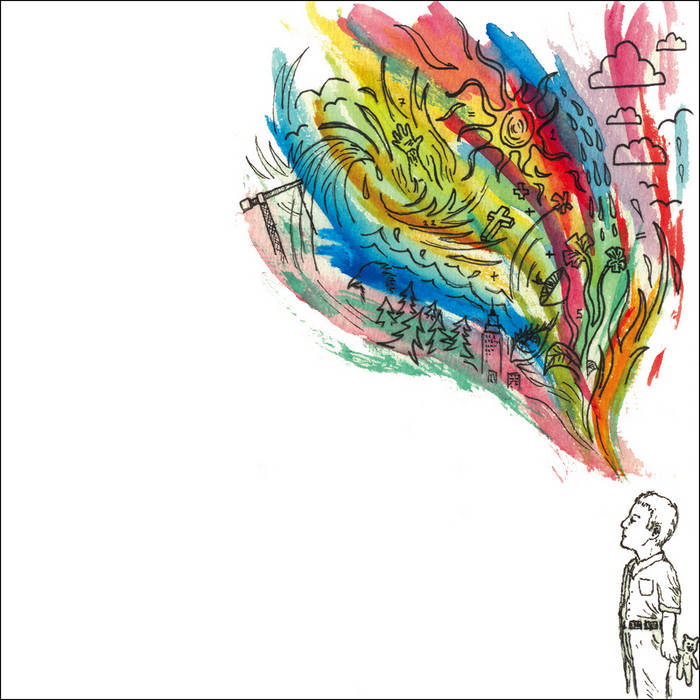 Caleb Bratcher Dorena tells a story with each of these eight songs without rushing or stalling. Whether it be through samples, strings, or the ever-present crescendocore, every track takes the listener someplace new. Favorite track: In The House Where I Grew Up.

Dorena's debut full-length Holofon (2009) has been re-released worldwide on Deep Elm. Their latest album is titled "About Everything And More." (DER-507)

"For every devastating moment that Holofon holds within its watery depths is an equally blissful moment of magnificence just waiting to follow. Dense, musical waves rise up to unspeakable heights and crash remorselessly upon the listener, forcing them underneath its swirling surface, sometimes for minutes at a time. The percussion creates an undercurrent which grabs hold of the submerged listener and batters their limbs to-and-fro. It's both peaceful and slightly unsettling at times but it's also equally as captivating and utterly absorbing to experience. Sigur Ros and Explosions In The Sky are two bands that dwell within the same sonic landscape but attempt two differing styles; Sigur Ros are as epic as they are beautiful and sound as cold as the country they inhabit whereas Explosions In The Sky are epic and beautiful but take the quiet/loud dynamic of the genre and utilise it in a handful of increasingly unique ways. Dorena have almost flawlessly taken the beauty and ice-tinged atmospherics of Sigur Ros and fused them with the epic quiet/loud mechanics which make Explosions In The Sky so enchanting. It's remarkable to see this level of talent on a debut album." - Strangeglue

"Dorena's debut Holofon made quite a splash in the post-rock blogging world a few months back. I grabbed a copy, and I'm impressed. If longer, wandering songs with a plethora of guitar riffage are to your liking, then there is much to enjoy here. Dorena might not re-invent the post-rock genre, but they certainly show that they can do it very well. The songs meander for minutes, with guitars moving in different directions (some tinkling, some effected, some sawing away) while the rhythms keep it all together and generally flowing in the same direction. The ten-minute epic 'To Floor Thirteen' could have come off of Explosion In The Sky's 'The Sky Is a Cold Dead Place', with its martial rhythm and slowly building guitar frenzy. 'Time Passed, But Without Us' starts with an almost Yellow6-ish guitar ambience, before building into a complex jazzy riffing a la Do Make Say Think. The standout track for me, however, is 'A Teenage Romance'. Here Dorena blend some sparse guitarwork with a nice piano riff in a gentle meandering tune. This takes what Guthrie and Yellow6 are doing, and spreads it out among five people, giving such a tune that much more depth. Very impressive. Overall, this is a very interesting release from a young band. Holofon is a great start." - Evil Sponge

"On their debut, Dorena plays with contrast and emotion. The young Swedish band offers long epic pieces with guitar cascades that shift the listener between hope and despair. It's as if the guitars are arguing with each other - they have the same goal, but a different means to get there. There's not a moment on the album that loses interest. Holofon feels like a well thought out whole. The production is crystal clear and creates a sense of the soundwaves you are listening to, especially with the harder songs. Holofon has been praised on blogs all over the world and I hereby join the chorus of praise." - Joyzine