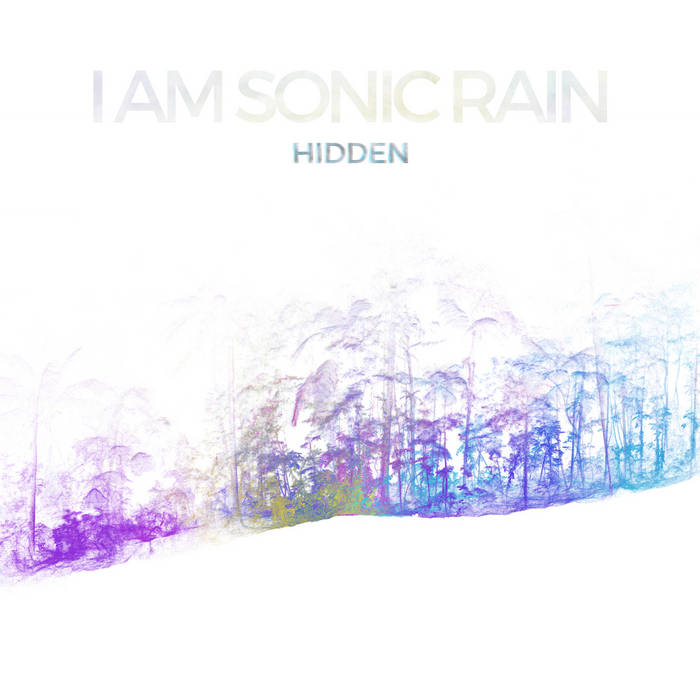 Hailing from a small city of romantic canals in northeastern Italy named Treviso, just minutes away from it's glamorous neighbor Venice and the birthplace of Western Europe's artistic revival via the Renaissance, comes a new type of artistic masterpiece: the sprawling, striking work of I AM SONIC RAIN. The band's third full-length album, Hidden, can be described in one word: fearless. Unafraid to push the boundaries, this five piece will leave you either breathless or incredibly anxious with ten songs that are emotionally resonant without words. The band succinctly captures the pathos of a dreamlike state, fluxing between stop and go, quiet and loud, violence and calm, heaven and hell, hope and despair. Hidden's unique shine is that it can take you to both light and dark places, all depending on where you want to go. A cascading waterfall of different sounds often soothing and never monotonous or predictable, I Am Sonic Rain lulls you into a dreamy, candy-coated aura of safety interrupted by jarring outbursts and more ominous progressions in just the right places. I Am Sonic Rain works almost every wavelength of the post-rock spectrum and plays with a kind of gracious self-awareness that accentuates its strengths in execution. It's difficult to deny the effectiveness, enthusiasm and passion with which I Am Sonic Rain employs the tools at its disposal. Bursting with charisma, depth and dynamic complexity, it's cerebral listening...and it cuts deep.

"The production of Hidden started after we released Between Whales & Feverish Lights in 2010. Even though one of us was living in China and another one in Belgium, this was one of the most productive periods ever for the band. Through a rapid flow of ideas and concepts, we explored thousands of different sounds and roughly recorded, organized and pre-mixed each track. This was a three year long process. The attention to detail has really driven the entire work on Hidden. Each guitar sound is the blend of three different amps recorded separately then mixed as called for by the different parts of each song. Most of the amps we used are vintage from the 70s or 80s, some of which we found in semi-abandoned garages under an inch of dust then cleaned and refurbished. We also used a Suzuki Omnichord, a curious Japanese instrument from 80s that makes sweet and warm sounds. We wrote all of the orchestral parts and had them recorded live by professional musicians. After the initial mixing stage, we added thousands of atmospheric sounds to each track. On Hidden, we have continued to find new ways of communicating feelings and emotions without words," says guitarist Francesco Vettor.

"A meticulously honed effort of subdued genius." - WIll Not Fade

"Imagine a band fathered by MGMT, mothered by Sigur Ros, and sent to live with their godfather Thom York." - Static

"A nebula of ethereal sounds and emotions with a melancholic touch perfectly conveyed in its energy." - Hate

Recommended For Fans of: Explosions In The Sky, Mogwai, Athletics, This Will Destroy You, Mono, Russian Circles