Half Women Half Alcohol 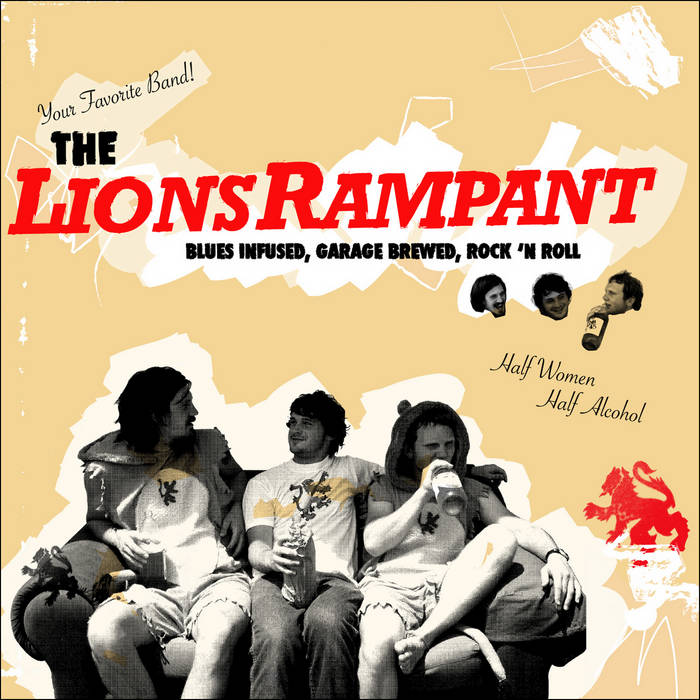 The Lions Rampant's first release Half Women Half Alcohol (2007) has been re-released worldwide on Deep Elm. Their latest album (and third release) titled "It's Fun To Do Bad Things" and can also be found on Deep Elm.

Catchy and infinitely entertaining, The Lions Rampant has become one of Cincinnati's best live draws thanks to a ferociously fun live show. The group's music is a hyper-tuneful take on garage pop, but they also play with the heartfelt Soul that embodied the earliest Rock of the '60s. The Northern Kentucky trio's wild rock abandon is perfectly offset by their tight arrangements, and their songs are as timeless as their influences. (DER-497)

"The Lions Rampant play loud enough to sand the rust off the gardening tools in their Rock & Roll garage, but they also play with the heartfelt Soul that embodied the earliest Rock of the '60s. The Northern Kentucky quartet's wild rock abandon is perfectly offset by their tight arrangements, and their songs are as timeless as their influences. Recommended if you like The Kinks, The Pretty Things." - Alt Weekly

"This is good old straight garage rock going full bore. Lo-fi, gruff and full of energy. They are part grunge (Mudhoney, Tad) and part Jon Spencer Blues Explosion thrown into the late '00s. It's always great to have bands like this around that are just fun and pure energy...always a great feeling." - The Chicken Fish Speaks

"The hooks are plentiful, the energetic performances are addictive, and the rawness of the entire project adds a nuance that many rock bands end up being stripped of when a big label gets a hold of them. Let's hope that isn't the story to come for the Lions Rampant, because they have the ingredients to create a brilliant brand of rock that draws from time-tested influences but gives the listener a completely new experience." - Indie Music Stop