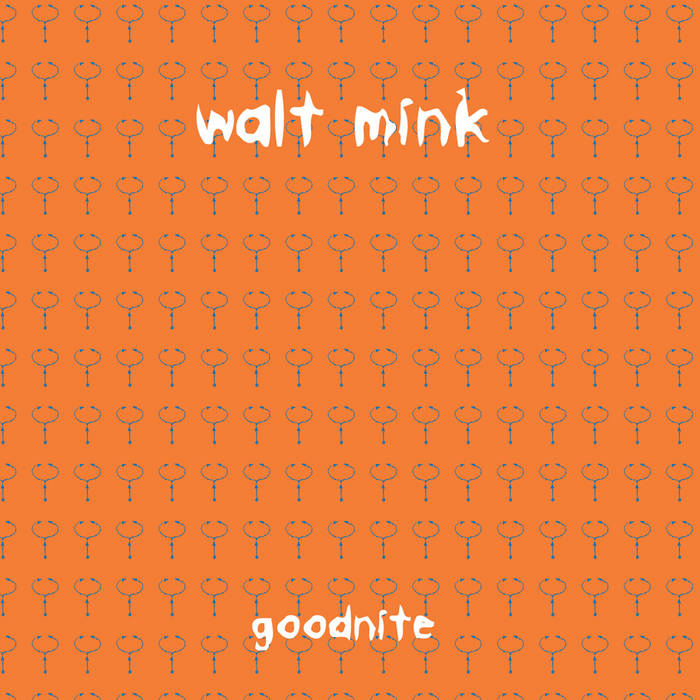 snoopacabra I've been a fan of Walt Mink since Miss Happiness and always felt they were sadly overlooked. This album is a great documentation of their material in a live setting. Favorite track is "brave beyond the call"

Dark, melodic and hauntingly beautiful, Brandtson explodes with shredding intensity A live, 75 minute, best-of collection including songs from Colossus, El Producto, Bareback Ride and Miss Happiness. On November 1, 1997 at New York's Mercury Lounge, Walt Mink played their last and final show to a capacity crowd that was treated to a new song "Fourth Wave" which was written specifically for the final event, as well as favorites from the entire discography. It was a moving show and fans in attendance called it Walt Mink's best performance of more than 500 shows. The show was recorded live by John Agnello (Sun Volt, Jawbox, Triple Fast Action, Camber) and Kurt Wolf (of Pussy Galore) and released as Goodnite. A must have for any Mink fan. (DER-368)

"On Walt Mink's latest CD, America's favorite 'band-that-won't-quit' lets us eavesdrop on their last live set at the Mercury Lounge, NYC. The great mixture of a live album and a band that sounds great live isn't lost on me here. I suspect that WM's studio sessions aren't as pyrotechnic as this! The energy exploding from Goodnite's jewel box comes from Walt Mink's stadium rock bigness being boxed into a smaller-than-stadium capacity venue. Ladies and gentlemen, this is bombastic yet sublime rock music at its best! Goodnite also serves as a nice retrospective, spanning the musical life of the band's last ten years. College radio-heads will surely find things on here that bring back the memories. "Miss Happiness" is performed here with reckless abandon. For big, bad indie rock that still means indie rock, look no further than Walt Mink." - Splendid

"I can think of few bands of the past decade that had such an original sound and unswerving conviction. Walt Mink music was a hybrid of complex guitar riffs, bubblegum pop vocals and frenetic rhythms. During their impressive career, this band had me by the balls from the first release. And to their credit, they ended on a good note...releasing the best full-length of their career (Colossus, also on Deep Elm). I was very saddened to hear that the band had broken up...so it seems particularly fitting that this live recording of the band's last show in New York has been released for closure for Walt Mink fans. This disc just pulses with energy. I have a feeling that bandleaders John Kimbrough and Candice Belanoff will resurface somewhere or another. They're just too talented to not be making music. I normally don't like live discs, but this one is an exception. I would highly suggest folks go back and check out the band's entire catalog. I will never understand why this band didn't capture a larger audience. They were surely far ahead of their time." - Babysue

"The venerable Walt Mink is gone. Musically, Walt Mink's sound was grounded in unique time signatures, nimble yet memorable guitar hooks, and singer John Kimbrough's sparkling, freshly-scrubbed tenor. As a final offering to its devoted fan base, Walt Mink (with the help of John Agnello and Kurt Wolf) has recorded and released the live album Goodnite, capturing the bands last (and arguably best) moments on stage at New York's Mercury Lounge on November 1, 1997. The recording starts off with the chugging beat of the new song "Fourth Wave" that Walt Mink wrote for just this occasion. All throughout Goodnite, Walt Mink rocks you the way you want to be rocked: with crashing dynamics, blazing guitar heroics, and an odd meter twist here and there to keep you on your toes. The blistering version of "Frail" delivered here burns full throttle and convinces you that there is no tomorrow. Many other songs here rage with the same elegant ferocity, making you grind your teeth in delight and ask yourself how they could have kept their energy up through gigs like this. Goodnite is even arranged to feel like a real live rock concert, complete with snippets of between-song banter and hollering from the crowd for encores, of which they receive several. Walt Mink has proven once and for all that it could rock the house till the walls came down. It's proof not soon to be forgotten, and Goodnite is a fitting tribute to a band who will be missed." - Consumable