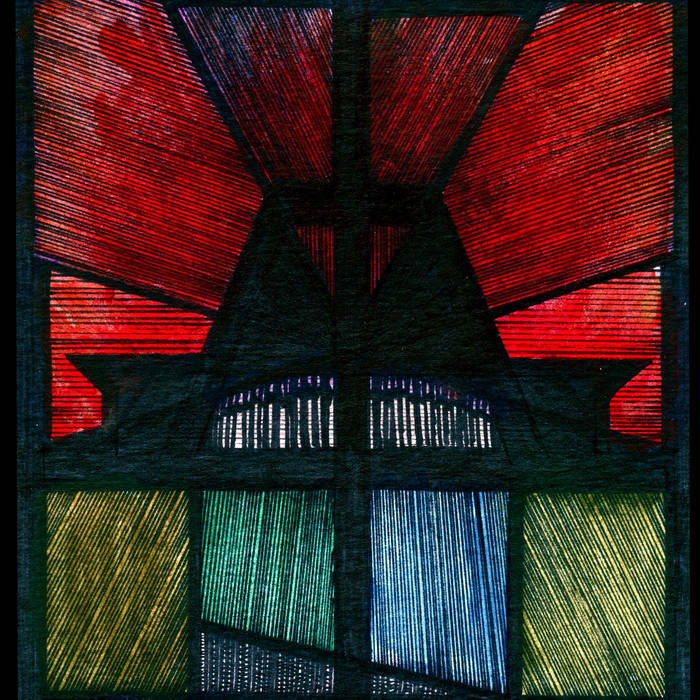 nofatclips 2nd listen: unskippable and unforgettable. It has that "progressive" qualia that holds you down and doesn't let you go until you've listened to the whole thing thru and thru.

A Frankly, this makes me feel like a boss. Good for evening strolls and conversations with lunar entities. Favorite track: Opener.

A Becker Powerful, driving, mesmerizing. Kinda have to listen from start to finish, because turning it off just feels wrong. Favorite track: Illuminator.
more...

This is what the future sounds like...yeah, it's heavy like that. Like if the giant mechanized robots from Transformers had a band...they would sound like this. Seeping with texture, tenacity and technical prowess that unveils layers most bands can't imagine reaching, COMA RECOVERY's headphone-begging collection of progressive post-rock ventures to dark places, nearly drowning you in the expansive nature of the sound. GODDVERB is their testament to what it feels like to be human...as seen through they eyes of a band that has always put art form and expression above all else. In a world saturated by the fast buck, the ringtone and the remix, Goddverb reminds us that in the midst an industry collapsing from it's failure to bring us simple substance, music can still be bold and outspoken, still invoke power and passion, still inspire and confound in the same breath, still hold onto 100% of its integrity. In the end, it doesn't feel like an album so much as an unrequited love affair with life...branded deep in every song. This is one of the most stunning records to be released this year. Believe it.

"The name of the band is intended to conjure up images of awakening, growth and realization on some relative level in the mind of the perceiver" says drummer Will Phillips. "Goddverb, the title of the album, ended up being a combination of words that seemed to work for the album / music / band on a few levels. On a personal level, esoteric topics are common in our conversations with each other, and there may be a slight cynicism in some directions of thinking prompting a desire to use words in playful new ways. It became clear that these were songs that had an obvious spiritual dimension, and the titles bare resemblance to the overall feel of the songs even though there is no overall thematic intention" continues Will. Guitarist Tommy Morris adds "Coma Recovery has always been larger than the sum of its parts. There's an understanding that you show up because you love the whatever 'happens' in the practice space. Our influences don't play a huge part of the process. We just try to channel whatever is supposed to be happening. We all want to be challenged and we all want to bring a tone of empathy to the table and foremost be human. Our music deals with the ultimate subject of divinity and spiritual awareness."

Coma Recovery is Tommy Morris (guitars, keyboards), Will Phillips (drums, keyboards), Dustin Casteel (bass, keyboards, piano) and Jimmy Frick (keyboards). Goddverb was recorded at The Panda Studios (The Story So Far, Sabertooth Zombie, Heavy Heavy Low Low) in the San Francisco Bay area. It was produced and engineered by Coma Recovery and Sam Pura. Previous recordings include the highly acclaimed "Drown That Holy End In Wine" produced by Chris Commons of These Arms Are Snakes (2006) and "Man Ascend" (2003). The band resides in Albuquerque, New Mexico...aka "Tamalewood" or "The Duke City." Albuquerque is known for a lot of things: the crime rate, as a crossroad of Spanish-American frontier history, a hub on old Route 66, tax incentives given for California production companies, amazing green chile and other great bands like The Shins and Beirut.

"One of the most stunning records of the year. Comes out of nowhere and knocks you on your ass." - PunkNews

Recommended For Fans of: Isis, Explosions In The Sky, My Bloody Valentine, Pelican, Mogwai