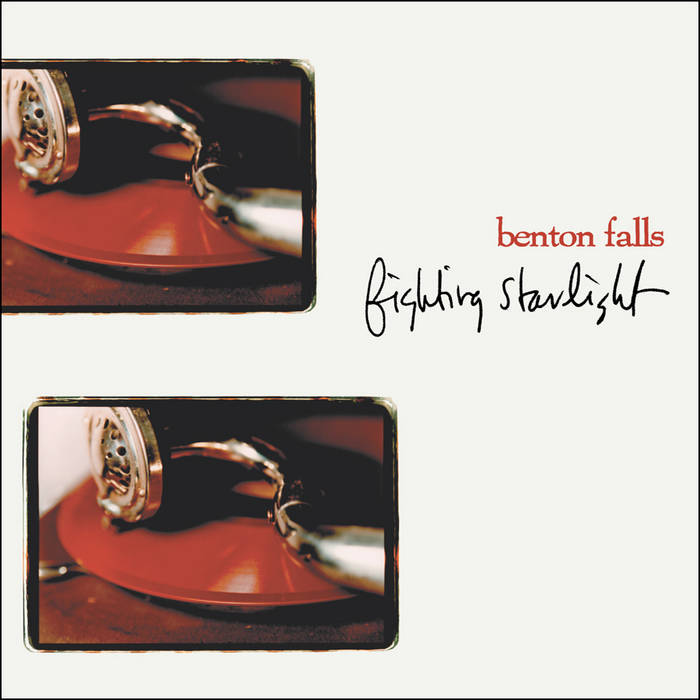 qwertyrave88 Helps me get through sad times Favorite track: Sad Like Winter Leaves.

paultri3 Right and left guitars complement each other beautifully... Vocals make for some great feels and jams. love both albums Favorite track: All These Things.

Dynamic, enveloping, nearly trance-inducing, the songs on Fighting Starlight feed off one another, to a point where you wonder how four individuals can be so uncannily attuned to an invisible pulse - the heartbeat of a band. The rhythms sprint with intelligent restraint and slow with gentle deliberation. With words and tempo embracing the ideal amount of inflection and pitch to convey a complete range of emotion, Benton Falls is like dusk in Autumn. That intangible moment when we're grasping for those last few seconds of vanishing daylight...the time when the sun warms the sky and our skin with lustrous tones of orange and red, and the deep blue of night creeps up from behind us. This is the instant when we're "fighting starlight." Benton Falls is crisp, bright and as hard as it will be to believe, this is a debut. (DER-399)

"Raising the bar for emotive, introspective songwriting, Benton Falls' luminous debut, Fighting Starlight, is all that great storytelling should be, while being surrounded by equally enchanting music. What I enjoyed most was the fact that the foursome did not sacrifice volume for intimacy, creating songs with lush, gentle segments suddenly shattered by bursts of intensity. Benton Falls also possess the rare ability to alter tempo with startling precision, as well as having a singer with a luxurious voice, resulting in masterful narratives of human nature's weaker moments. This is an incredible debut from a band that sounds as if they have been together for ten years. Find this one." - Jersey Beat

"Fighting Starlight from Benton Falls is crisp, clean songsmithery combined with a delicate simplicity and carefully crafted feel. With Michael Richardson's gently passionate voice rolling atop a bed of neatly constructed guitar pickings and taught rhythms, songs like Swimming With You is a near perfect slice of laid-back emo rock, while Sad Like Winter Leaves contains some beautiful guitar harmonics and a warm, organic vibe. Fans of cleverly articulated melancholia won't be disappointed." - Kerrang

"Fighting Starlight is one of the most powerful rock albums of the year, driving and complex yet emotionally charged. Driving guitars are complimented by melodic guitar work and powerful rhythms. With Michael Richardson's distinctive emotional vocals and the band's almost impeccable tightness, this could be one of the most accomplished albums in the genre, and that's saying a lot. From the first chords of All These Things, you get a sense of the melodic power-chord dichotomy of Benton Falls, as the song has bursts of guitar yet a more melodic, moving feel to it. The title track is quite the standout here, and Richardson shows he can scream as well as sing, which coupled with layers of driving guitars and crashing drums makes this song my favorite on the album. I don't think I can stress enough how tight this band is. The guitar is powerful and sometimes astounding, and Richardson's vocals fit perfectly. Fans of the more melodic emo style will love this, as will aficionados of a more straight-ahead rock style." - Delusions Of Adequacy