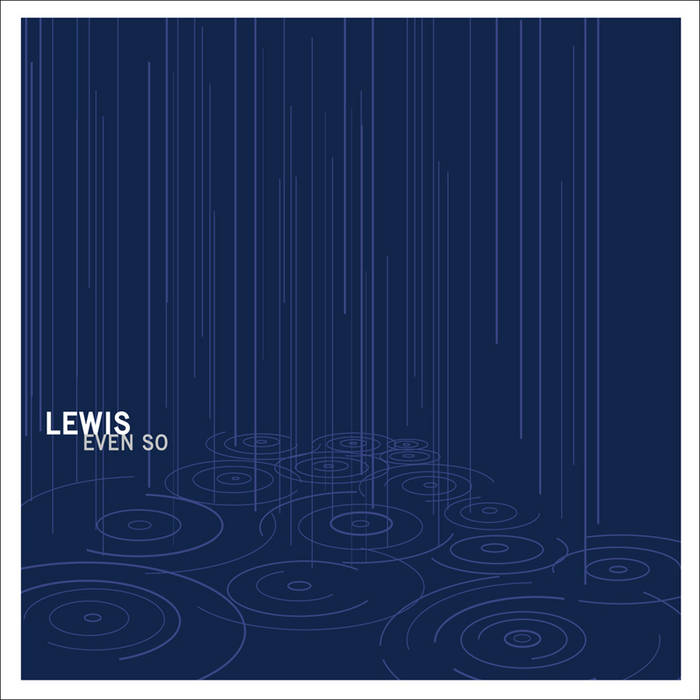 suchpower This is the audial backdrop for success and failure. All of your hopes and fears have melted into these songs. Sort through and pull them out again. Favorite track: The Cruelest Month.

Enter Lewis...shining with imagination, innovation and verve. Experiment laden and laced with patience, Even So is filled with soaring vocals, intricate guitar play and a torrent of emotion. You'll experience a progression of remarkably good songs and unequaled melodies. Every track is saturated with an amazing sense of grandeur, the quiet and peculiar beauty of the title track being the record's pinnacle. The pleading and soulful vocals attain heights of emotion rarely heard...and it's this voice that touches you inside. Certain records capture a moment in your life and hold onto it forever. Every time you listen, you go back there...and words can't describe it. This is one of those records. A masterpiece of melancholic beauty, it gives you hope. Unreleased song "Everything's Changed" on The Emo Diaries, Chapter Six. (DER-410)

"Every part of Even So is warm and lush as Lewis sports the same type of production that made The Appleseed Cast's Low Level Owl so captivating. Sweetly played piano, ambient hums and rock guitars swirl in the mix. The piano-and-vocal arrangement that begins the first song is melancholy and bathed in a healthy swath of radio static, while smoothed-down blips and hums buzz around the periphery like mosquitoes in the outback. Over the next nine tracks of post-hardcore brilliance, you'll hear songs like The Path That Strays; the swirling, dreamy guitars are like a thesis statement on the lush soundscapes of the early 90s shoegazer bands. And I can't forget Counting Backwards, with its open arrangement serving as an endorsement of restraint that I hope more bands take to heart. The whole album builds toward a climax with the title track. Once the amazing lead vocal swoops down as if from the heavens, the listener realizes that this is the ace that Lewis have had in the hole the entire time. The verses are driven by tight, precise drumming and the ominous hum of feedback from a guitar ready to explode. Sheer brilliance. You need this, so go out and give Even So a try. I'd honestly be astounded if you didn't like it." - Deep Fry Bonanza

"Lewis really come into their own on Even So, and the results are breathtaking. Combining the intricacies and complexities of Oxford's most melancholic sons, Radiohead, with crashing drum-lines, dramatic, heavy guitars and searing melodies, they pull the ten tracks offered here tightly together. Unpredictable, moving and complex, Even So is just a fantastic piece of work. Get it." - Kerrang

"A record from Deep Elm is more or less guaranteed to be intelligent, masterfully sculpted and musically thought-provoking. Lewis, I'm happy to say, are no exception to the Deep Elm rule. Even So feels polished, but not glossed into oblivion. The band's intensity is married with alternately poignant and driving musical phrases that conjure images of Thom Yorke and Jeff Buckley. Epic instrumental passages in cuts like Returning To The Scene Of The Crime, and a crisp, tight rhythm section add to the record's impressive aura of professionalism." - Ink19

"At first listen, Lewis may sound like a American-made OK Computer. On second listen, Lewis may sound like an orphan stepbrother of Jeff Buckley. Keep listening and Lewis will expose their true identity, free from contrast or comparison. Beneath the somber lyrics and effortlessly atmospheric instrumentation on Even So, the Dallas quartet tackles love, life and death with a refreshing air of honesty and hope" - DIW