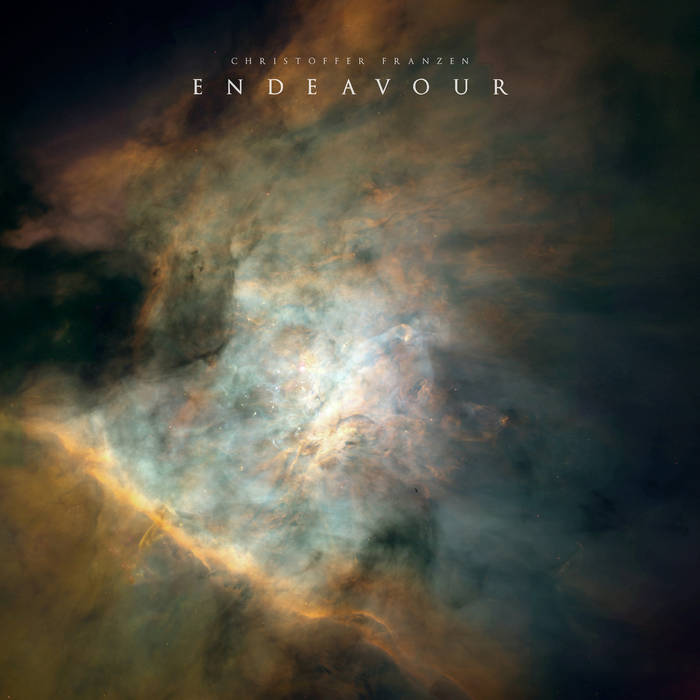 Christoffer Franzen, the sonic architect and solo braintrust behind post-rock powerhouse Lights & Motion, presents his most impressive work to date: the meticulously crafted Endeavour. The new album features 11 stunning stand-alone tracks that weave in and out of multiple genres and moods from full orchestral suites to ethereal anthems, providing an immersive experience meant to quiet the noise of the outside world. Ambitiously up-leveling his solo game on the aptly-titled new album, you'll be convinced that Franzen's ability to tell stories and evoke emotions without words remains unrivaled.

"What originally started out as minimalist pandemic piano pieces quickly morphed into something completely different. Throughout all the years of writing music, I have learned not to interfere with creativity and to simply let it go where it wants and not try to control it. I found myself writing expansive arrangements that wove in and out of multiple genres and moods, ranging from full orchestral suites to ethereal synthesizers and electronics. Then I began to incorporate a lot of subtle guitar-work halfway through the writing process. It was around that time and with that combination of colors when I felt it all click together and I could see the entire scope of the album clearly," says Franzen.

Franzen continues, "The end result is something I feel very proud of...a widescreen collage of songs that fit together while at the same time are able to stand on their own two feet as individual compositions. There is a red thread that runs through Endeavour, from the opening piano chords of And We Collide Into Nothingness to the final atmospheric swirls of Distorted Dreams. Both the arrangements and the production on this album have been meticulously crafted to the best of my abilities, in order to give the listener an immersive experience that hopefully can quiet the noise of the outside world, at least for a spell. I spent over a year by myself in a room writing and recording this album and I am really looking forward to sharing these new pieces with the world. The album is called Endeavour, because that is exactly what it represented to me."

Endeavour was produced, recorded, mixed and mastered by Franzen at Evelyn Studios in Gothenburg, Sweden. Album artwork by NASA. Artist photo by Fredrik Sellergren. Franzen' composer discography also includes Ghost Of You (2020), Mountain (2019), Phenomenon (2017), Dreamweaver (2015), singles Time Is A River (2021), Kaleidoscope, Ocean Floor and Forever Is About To Happen (2018), In I Dimman - Original Motion Picture Soundtrack (2018) and At The End Of The Day - Original Score (2018).