by Everything In Waves 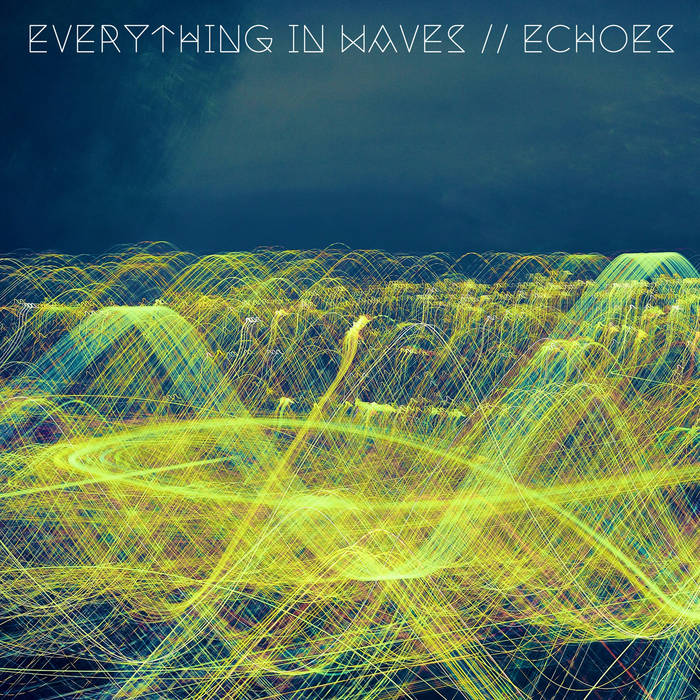 Francisco Alvarez Ok, i found a treasure in Bandcamp jajaja. This debut album is pure gold, its sound so good!!! I need more of this. 4,25 stars of 5. Favorite track: Numbers.

rmpanepi It’s so good!! Every song flows from one into another. Such an original work

On the full-length debut Echoes, New York-based Everything In Waves delivers an addictive and truly poetic union of emotional and electronic elements we've dubbed 'emotronic'. Luscious layers, memorable hooks and smart lyrics come together effortlessly to craft an album that is truly inspiring. An impressive and unquestionably stellar album with a deeply rooted organic feel, you will find yourself listening straight through the track list over and over again as these songs connect and reverberate in your subconscious. It just never goes stale, which one of the real beauties of this album.

"I started Everything in Waves to create songs that represented a fresh and appealing unification of my indie, emo, folk, and electronic influences. As Echoes took shape, the songs began to reflect where was in my life...stuck in an endless loop, the same old thing day in and day out with no reprieve from the insufferable monotony. It all comes from a place of sincerity as I just do what feels right when I’m creating music. I realized that I was experiencing repetitive patterns while unintentionally and unwillingly creating new ones. Whether I was creating new 'echoes' or just hearing older memories reecho in a different way, writing this album was my way of acknowledging those feelings. With these songs, I was able to say 'I’m still here,' and that despite everything else, my music is the thing that defines me most. It’s a sort of self-medication and I don’t know where I’d be without this kind of emotional outlet," says frontman Anthony DelPlato.

Anthony continues, "Everything in life, no matter if it’s positive or negative, triumphant or tragic, seems to come in waves. Each song is inspired by a wave of events in my life. With the exception of Numbers, Looper and Linear, I worked with Henry Eric Payne to help really bring the songs to life lyrically. He and I are both inspired by themes of nature, growth and wilderness. Western New York is full of rural beauty and that imagery certainly finds its way into the lyrics. It’s a nice contrast to sing about greenery and growth, despite many of these songs being inspired by monotony and stagnation. This album means everything to me. I’m so excited and grateful to share these songs with everyone."