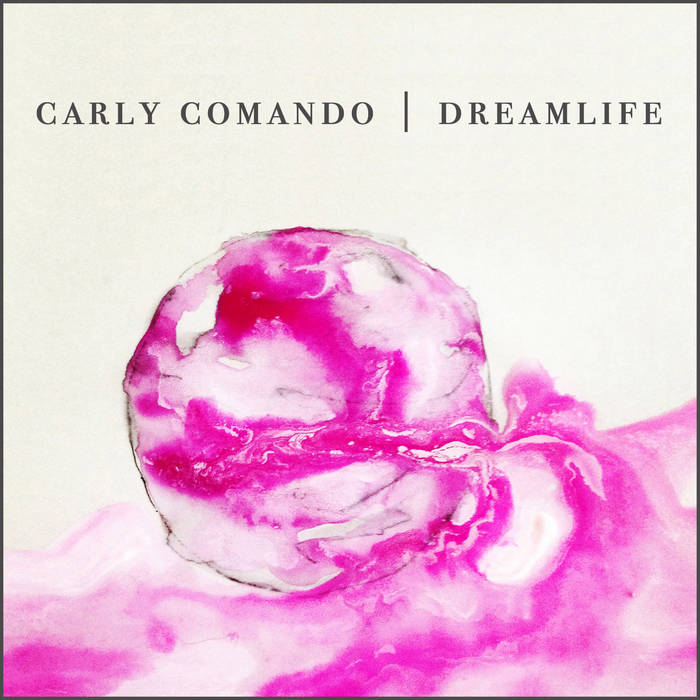 The Arches Excellent quality recording. More creative dream work composing from Carly. The simplicity of the melodies along with the rich keyboard sounds make this a joy to listen to. It takes you to a place. Favorite track: Forever.

Sven B. Schreiber (sbs) This keyboards-only album is a major step ahead since "One Take". It features richer orchestrations with various keyboard sounds besides the grand piano, and moves on somewhere along the borderline between minimal music à la Nils Frahm and cinematic post-rock. Hence it's no surprise that Christoffer Franzen's "cinematic remix" of "Daydream" is such a perfect match. I just love his project "Lights & Motion"... Nevertheless I chose "Perception" as my favorite track - quite obviously because of the wonderful Rhodes sound. "Dusk" is a great track, too. Favorite track: Perception.

CU2MRO Not everyday is without pain of some type. This song-the whole LP placates me whether I am mending n healing, reducing the aggression, creating from a actual state of emotional peace- very rare....very enjoyed as this LP keeps me there longer than most. Favorite track: Daydream.

Inspirational, stirring and memorable are some of the most frequently used words to describe the achingly beautiful instrumentals of cinematic pianist and Primetime Emmy Award-winning composer CARLY COMANDO. It's been nearly five years since the release of her full-length debut One Take which includes the well-recognized track "Everyday" with a combined 100+ Million annual views across Youtube alone. On Dreamlife, Carly reaffirms her aptitude and skill for writing unforgettable piano-based instrumentals that are as perfect for the big screen as they are for personal enjoyment. Filled with compelling tracks like early favorites "Daydream" and "Dragonfly", Dreamlife runs the gamut from powerful to gentle and sweeping to sparse. A cathartic release of Carly's emotions, the new album was well worth the wait. You just can't rush perfection.

Carly explains, "National touring with my band Slingshot Dakota occupied nearly all of my time since the release of One Take. I returned to a normal job to break the pace of the road but then became incredibly depressed not doing what I loved. I decided to give up my job and return to music full time. I found myself really taking my time, writing between winter 2014 and summer 2015. I recorded Dreamlife with the same mindset I had when recording One Take, which is to say that I would sit down and create a song in one sitting. But this time I went a step further by playing around with space, creating multiple layers of reverb and, sometimes, arpeggiation. It was my goal to create a rhythmic feel without having drums present, using instead strings and piano as the repetitive beat. But there are also some songs where I decided to leave the original piano track alone."

"I chose the title Dreamlife because I felt like I was in a haze for about half the year. I would sit at my piano watching the snow fall all winter, wondering if it would ever end. Because I had chosen to make music my life, I literally sat with the songs for a long time and became entranced with each one, all while looking out my window into the changing scenery. Doing what I love is obviously a dream for me, but in the context of this album and where I was emotionally at the time of writing, I felt like I was more in an abstract daydream rather than a dream come true. I think there is so much honesty in these songs and I'm incredibly proud of them. I hope the ranges of emotions resonate with the listeners and they can find comfort in knowing that they are not alone," continues Carly.

Carly's well-recognized piano ballad "Everyday" from her debut One Take is the 70th most used song on Youtube, amassing over 300,000 views a day (110 Million views per year) on over 180,000 different videos. “Everyday” is the score to dozens of viral videos including One Photo A Day in the Worst Year of My Life (48 Million views, www.youtube.com/watch?v=Ertu9_MhFiM), Noah Takes a Photo of Himself Every Day For 6 Years (26 Million views, www.youtube.com/watch?v=6B26asyGKDo) and the theme song for the NBA's “Where Amazing Happens” campaign (www.youtube.com/watch?v=7EK1aqFE2iY). Carly's music has been used in ad campaigns and television commercials for Amnesty International, The Pasteur Institute, The Simpsons, Petcurean, Vodafone, Canon, Channel 4 UK, Philips, Deka Bank, World Economic Forum and many others. Carly's new song "Daydream" was recently selected as the score for The United Way's 2015 National Campaign (www.youtube.com/watch?v=QrxfD4qkD20).

Dreamlife was recorded in Carly's private studio. Mastered by Grammy Award-winner Stephen Roessner at Calibrated Recording. Artwork by Donna Jean Baxter. Photo by Tom Patterson. Carly's other recordings include Everyday (single), One Take (debut full-length including "Everyday"), Cordelia (EP), Everyday 2.0 (single) and Every Moment (single) all of which have been proudly released on Deep Elm Records. Carly also plays keyboards and sings in Slingshot Dakota. She resides in Bethlehem, Pennsylvania. And yes, that is her real name.