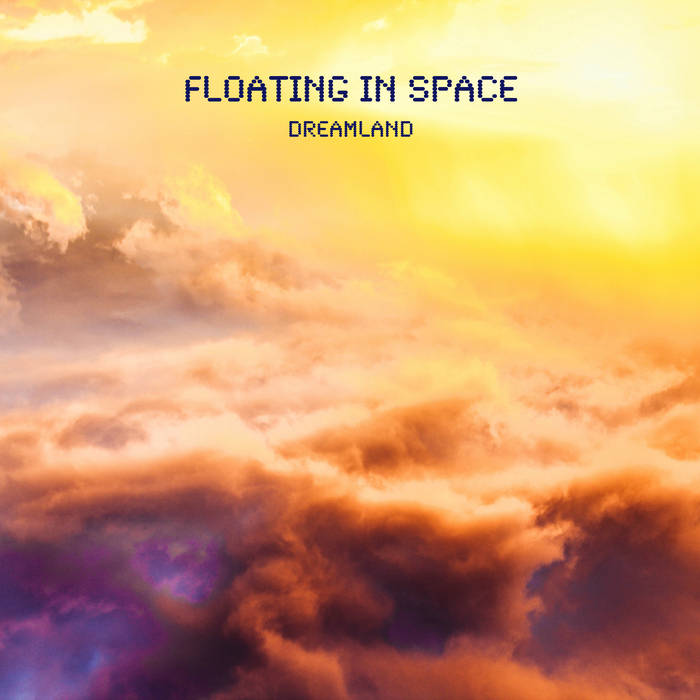 Sudhindra R Bhat Floating in Space is the next big sensation in Cinematic Post Rock! His music is pure bliss! 😄 Favorite track: Boreal.

Vishnu Nair The band lives up to the name, their music does give that "floating in space" feeling. Progressive music along with soft vocals, great stuff! Favorite track: We Are One.

Caleb Bratcher Something about this kind of music never seems to get old. Love the way it takes your emotions from one place to another but always slowly, at exactly the rate you want it to. Favorite track: Echoes Of Time.

For the band's second release, FLOATING IN SPACE set out to create an album that gives wings to every butterfly in your stomach. And from the opening note of the sophomore effort DREAMLAND to the very last tone of the spectacular closing track Earth (single available now on Spotify), each song is filled with so many astoundingly gorgeous frames of optimistic grace that your heart is fit to burst. In 2016, we were introduced to just a small portion of what songwriter and multi-instrumentalist Ruben Caballero was capable of. If his band's debut The Edge of the Light was to showcase the potential of the project, Dreamland is the stunning realization of that potential. Expanding far beyond the band's earlier piano-driven motif to focus on organic melody, every song on Dreamland is brilliantly structured and realized...each an impressive soundscape worthy of the act's name. A truly timeless, uplifting and enlightening album, each note on Dreamland has a purpose. Each choir-like vocal cadence is well measured. You will hear love and inspiration in each flourish of the guitar and each syncopated beat of the drum. Sweeping across every conceivable emotion with cinematic showmanship, Floating In Space pierces the psyche in a way reserved only for the upper echelons of post-rock. There is no doubt that Dreamland will be respected as one of the most lavishly beautiful releases of the year and the album trailer is an absolute must-see. Seriously, like whoa.

"I was reading Reflections from Earth Orbit by Winston Scott, an astronaut who twice traveled to space. He describes Earth as a very small place in a vast expansion that is the universe. From up there, observing our planet infuses a greater sense of Earth as a home and the idea of wanting one’s home to be a clean and safe place. This idea has been very inspiring to me, so I chose to make this album about our home, that dazzlingly beautiful place that looks so peaceful and alien to borders and conflicts from way up there. And although it's not always easy, through music we can find a shortcut to escape ourselves and recognize the fragile beauty of our home planet. I heard Eileen Collins, the first female commander of a Space Shuttle, describe how your life changes when you see our blue planet glowing in all its glory from a distance...how all those little problems and worries lose importance. I hope that with Dreamland we can get closer to that vision of our world and appreciate the beauty of the dream we're presently living in," says Caballero.

Floating is Space is songwriter, composer and multi-instrumentalist Ruben Caballero. The album was written, recorded, mixed and mastered at Arctic Studio in Alicante, Spain by Ruben Caballero and co-produced by Deep Elm label founder John Szuch. Cover photo by Daria Tumanova. Band photograph by Yera Espinosa. The first single "Earth" is available now on Spotify and pre-orders for the album are now open via Deep Elm Digital and Apple. A video for "Earth" will be released in March. Cinematography by Artyom Galkin, Natalia Pietryszek, Petro Hnuskin, Kiril Dobrev, Yuriy Mazur, ProCinema, S. Rishnyak and Pavel Chagochkin. Excerpts from an album review by Samuel McIntyre for Will Not Fade used with permission of the author. The band's debut "The Edge of the Light" was released by Deep Elm in 2016. The band resides in Javea (aka Xabia), a small coastal town in the region of Marina Alta, in the province of Alicante, Spain by the Mediterranean Sea.

For Fans Of: Lights & Motion, Sigur Ros, U137, Hammock, Inward Oceans, Helios, God Is An Astronaut