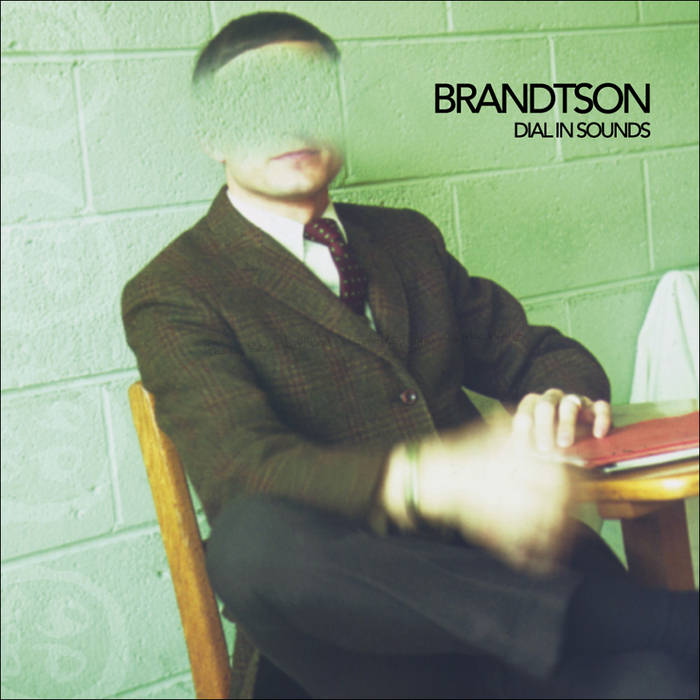 The sound is pure Brandtson...loud, tight and melodic. Dial In Sounds pushes the bands' combination of tone, vocal harmony and songwriting to its maximum potential. On this round, you'll hear ten beautifully structured songs teeming with lush, full, hypnotizing sound. The guitars carry Brandtson's signature aggression, blasting forth with a ruthless barrage of distortion. But the real focus here is maturity and introspection rather than angst. Like a front row seat at a broken hearts club meeting, you'll soon be belting out the lyrics and pounding your fists with like company. Impeccably produced and simply tighter than ever, Brandtson has taken another bold step in refining their already near flawless intermingling of hook-laden pop and passionate post-hardcore. Welcome to the big leagues. (DER-408)

"Beautiful. Absolutely beautiful. Dial In Sounds takes Brandtson's signature vocal harmony to another level and cranks up the intensity with beautiful guitars and a crystal clear mix that lets Jared Jolley's drums hold a perfect rhythm. No one plays with that Midwestern flare, thick sound or beautifully harmonized vocals that Brandtson has mastered. Dial In Sounds should elevate Brandtson to the level where their name appears right between Weezer and Jimmy Eat World." - Message From The Homeland

"Brandtson have returned to conquer the throne they have yet to relinquish with Dial In Sounds. This indie rock band has been killing the underground scene for sometime now and it is time for the rest of you to wake up to their talents. Brandtson are melodic and tight, but they never forget that they are a rock band at heart. They write songs about real life that we can all relate to. Listening to Dial In Sounds is like putting on a warm coat in the winder or swimming in a pool in the summer; it just feels right. Magnificent emotionally charged tunes like With Friends like You and Some Kind of Jet Pilot take you on a ride through their world of solid harmonies and musical craftsmanship. It's indie rock for those that still like to rock. Brandtson is the band you will impress all your friends with the next time they come over." - Heckler

"Over the course of three impressive records and one fantastic EP, Brandtson have transformed themselves from angst ridden post-hardcore shouters into a polished rock outfit. With Dial In Sounds, they show more sheen and control than ever. It's a natural evolution and it absolutely works. There's enough emo to satisfy old fans, plenty of pop moments in pleasantly surprising places, and some searing rock to give the record an edge. Dial In Sounds is an absolute joy to listen to. It won't disappoint old fans and is sure to attract plenty of new ones. Great stuff." - Kerrang

The songs on Dial In Sounds by Brandtson are built upon multiple layers of lush, gorgeous guitar, sturdy pillars of bass and drums and perfectly blended vocal harmonies. The production is perfect, allowing every instrument to display its power, but not so much that it overshadows the others. This makes Brandtson stand out from the crowd as the sense of individuality in a group setting lends complexity to the sound and makes it consistently interesting. When you play as tightly and with as much emotional and musical intensity as Brandtson, you end up creating anthems of indie rock. How can a band so perfectly blend pop and emo with pieces of punk and balls-out rock? Brandtson seems to have figured it out. Well done." - Delusions Of Adequacy