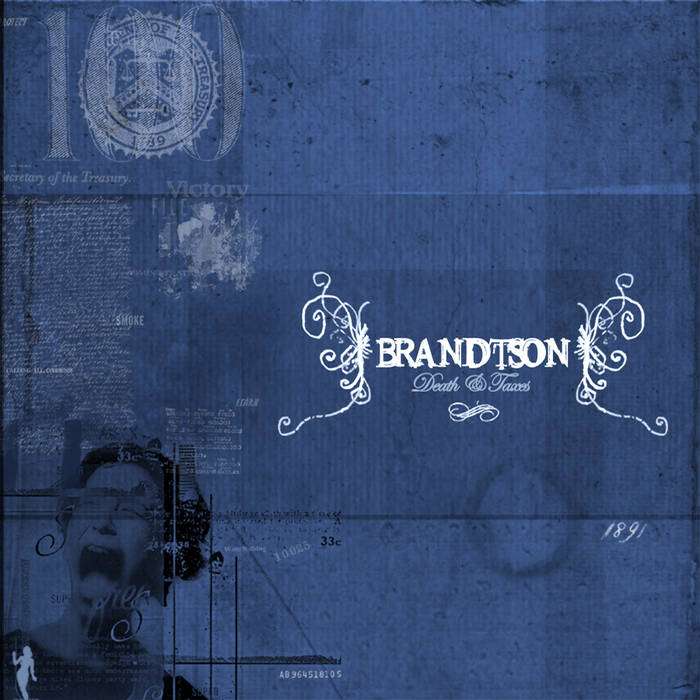 ihearttokissthecooter0 " I told you of a halfway house where we could meet to work things out..."
" I slept there on the floor for weeks.."
"You stayed between your comfortable sheets...."

" Halfway down you always take the long way down...."

Brandtson adds fuel to the fire by delivering Death & Taxes, the crowning achievement in an already impressive repertoire. Death & Taxes rocks hard upon impact, immediately invoking your mental repeat button courtesy of the band's trademark sing-along songwriting craft. Brandtson continues to raise the bar with their signature style, pushing pop influences to the forefront without compromising their tight post-hardcore sound. Whether its the striking vocal harmonies, infectious melodies, rhythmic precision or moments of searing rock that gives this record its edge, you'll agree that Brandtson has truly hit their stride. Expert lyrics explore the inevitabilities of life as well as the personal struggle to deal with its uncertainties. Brandtson never disappoints in the studio or on the stage, and the dynamic production only adds to the power of this short player. These six songs are an impressive reminder that Brandtson remains one of the most memorable and relevant bands in the scene today. (DER-416)

"Edgy emo pop is where Brandtson have found themselves with this Death & Taxes. Catchier than previous offerings, this could earn the Cleveland boys' fanbase a healthy dose of followers. The chunky, energetic notions purveyed in You Do The Science and On Three bind well with the heartfelt crooning of In The Pills. Upbeat and fresh, Ain't No Trip To Cleveland is a generous helping of charming guitar pop and only enforces the reasoning that you can't go wrong with this record." - Rock Sound UK

"Always fresh, inspiring and witty, Brandtson has released yet another crowd-pleaser with Death & Taxes that is sure to be permanently planted in CD players everywhere. Rock and roll and pop sensibilities all wound up and put into a happy, fervent knapsack and then delivered with passion and flare, this album contains some of Brandtson's best work to date. Another masterpiece of catchy, melodic perfection." - Action Attack Helicopter

"Brandtson's latest, Death & Taxes, slides in nicely into the ever progressing line of the band's discography. Jumping forward, this record sees an ever glossier pop-rock sound, and it's entirely unavoidable to one's listening pleasure. The solid, thorough production quality from Ed Rose adds great heft to Brandtson's lush melodies, and the swift backbone to these six tunes allows Death & Taxes to ebb and flow with grace and sincerity. Brandtson continue to stake out their claim on this world and it's a true shame that mainstream attention has eluded them thus far." - Pastepunk

"Death & Taxes from Brandtson contains songs that are some of the finest the band has ever written. Songs like You Do The Science are melodic with a mix between fast packed rhythms and indie rock harmonies. On Three is my favorite; it has rhythms that grow on you like a sickness and I just can't stop listening. The guitars are strong, the harmony is infectious and the melody is something amazing. If you need a dose of clever, passionate post-hardcore, get to know Brandtson." - Truepunk