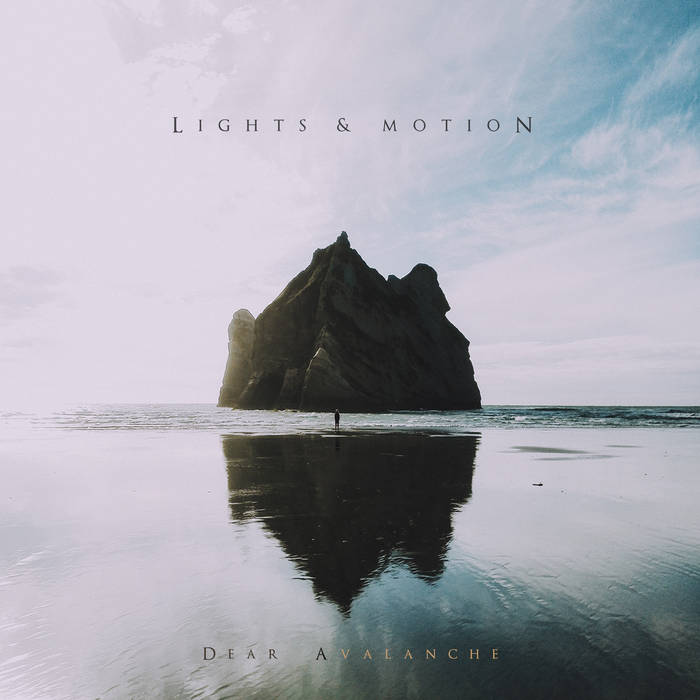 Loozmathai The entire album got me through a very tough phase in life Favorite track: Anomaly.

tonetherone Christoffer is a rare talent who is fearless in his pursuit of creating not only superb sounding productions but also his choice of chord progressions are often truly beautiful.

just jen. "serene" is the only word that can describe this album. Favorite track: Anamorphic.
more...

Watch the Video for "As They Sleep": www.youtube.com/watch?v=qPhcMXM5axo

The latest offering in a discography often described as the ultimate symmetry of music and emotion, Dear Avalanche is the most accomplished and fully realized expression of sounds to date from cinematic post-rock powerhouse LIGHTS & MOTION. Although many claim he is a magician, the band's braintrust, Christoffer Franzen, is a storyteller...and a masterful one at that. From the majestic climax of "This Explosion Within" to the hopeful build of "Silver Lining" to the delicate innocence of "Anomaly", every Lights & Motion track tells its own story by transporting the listener through tenor and tone to a place where anything and everything is possible. This astonishing interplay of soul and sound is truly a work of art as it connects with the listener in a way that transcends the music itself. Franzen's ability to elicit emotion on a universal level and touch the heart without words, is simply beyond the limits of all imagination. With this expertly crafted collection of rich new soundscapes, Lights & Motion not only again delivers but also elevates the architecture of cinematic post-rock to awe-inspiring new heights.

"I can safely say that this album was a big challenge and undertaking for me. I spent roughly two years writing it, and in that time I experimented a lot with trying to push myself outside of my comfort zone. By the end of it, I had written more than twenty-five songs and from them I chose fourteen to be featured on the album. I did things that I have never attempted before, such as recording a ten piece choir and incorporating a lot of vintage synthesizer sounds and electronics. I was determined to find new areas of my music that I hadn’t discovered, and looking back I think I did just that. The album is filled with lots of different textures that I created, like running choirs through distorted guitar amps or taking beautiful string recordings and processing them to sound otherworldly and ethereal. Every song brought with it a large canvas which I filled with interesting new sounds to help bring each composition to life," says Franzen.

Franzen continues, "The album title just came to me and I instantly connected with it. While it may sound paradoxical because an avalanche is so dangerous, it reminds me that there is always a precious silver lining in everything that happens. Events in your life will threaten to overpower you, but there is strength in facing them head on, accepting them for what they are and choosing always to look for the positive message in all the hardship and struggle. I hope people listening to this album will feel like they've been taken on a journey, as I worked hard at creating a world of sonic panoramas to get lost in. Looking back, I think this is my most diverse album to date. The melodies are still very much present, but the sonic identities change as the album ebbs and flows. For me, the experience of making albums is a very solitary one. For several years I have lived with these songs, first in my head and then in my hands. Now I am ready to release them into the world. Getting to share them with everyone is the ultimate payoff after all this work, and one I'm really looking forward to."

"I felt the majesty of the universe without a single word uttered. A sublime and beautiful effort." - Equal Ground

"A masterpiece of art from a rare and gifted musician. His best work to date and a huge step forward." - She Stole

"A magical and epic journey that transcends all describable feelings and sensation." - Stereofox

"Lush, vibrant and simply stunning...music that begs to be the seen and heard on the big screen." - Oklahoma Lefty

Visionary 28 year old Christoffer Franzen is LIGHTS & MOTION. Franzen played all instruments on the album as well as orchestrated the string arrangements and sang harmonies. Dear Avalanche was produced, recorded and mixed by Franzen at UpSweden Studio in Gothenburg. Mastered by Dave Cooley at Elysian Masters in Los Angeles (M83, Serge Gainsbourg). Sisters Amanda and Lina Ahlberg provided additional backup vocals on "This Explosion Within", "Everest" and "Pandora." Additional backup vocals on "This Explosion Within" by Johan Hasselblom, Andrw Bramwall, Fredrik Sellergren, Jona Weinhofen, Benjamin Coyte and Jamie Hope. "Everest" will be featured in the first of five 'Making-of-the-Album' videos to be released on the band's Youtube channel where several Lights & Motion music videos live. A music video for "As They Sleep" (www.youtube.com/watch?v=qPhcMXM5axo) was created by UK-based 'We The Conspirators' collective. Cover artwork by Rosan Harmens (location: New Zealand). Band photo by Fredrik Sellergren.

Dear Avalanche follows "Reanimation" (deepelmdigital.com/album/reanimation), "Save Your Heart" (deepelmdigital.com/album/save-your-heart) and "Chronicle" (deepelmdigital.com/album/chronicle) as well as three additional Christoffer Franzen composer albums issued under his own name, all of which were released by fiercely independent Deep Elm Records. Lights & Motion recently surpassed 40 Million plays on Spotify thanks to 900,000+ monthly listeners. The band has 750,000 followers on Soundcloud and nearly 50,000 fans on Facebook. Music by Lights & Motion has been featured in numerous A-List Hollywood movie trailers (Fast & Furious 7, Concussion, Rules Don't Apply), Superbowl commercials (Budweiser, Furious 7), television spots (The Vampire Diaries, Bill Nye Saves The World, WWE) and online promotional campaigns for a wide range of sync licensing clients throughout the globe including Google, Apple, Adobe, Audi, Dropbox, Home Depot, Nike, Paypal, Samsung, Remy Martin and many more. Franzen resides in Gothenburg, Sweden and he is without question, one of the hardest working, most humble and biggest musical discoveries of the decade. Dear Avalanche certifies Lights & Motion as the cinematic post-rock point of reference, ensures the album's resting place among the highest echelon of post-rock releases and further justifies Franzen's spot on the short list of great cinematic songwriters.