Dance A While, Upset 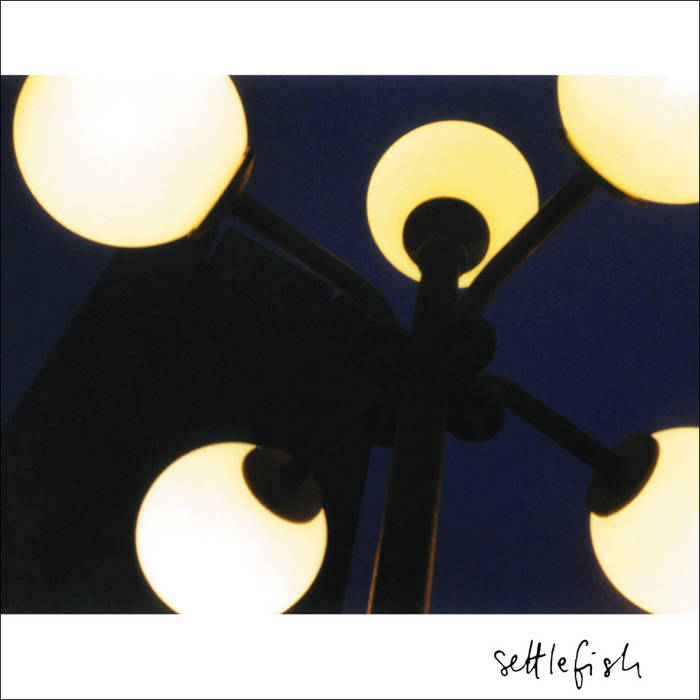 Dance A While, Upset undoubtedly appeals to the punk spirit: the energy, the conviction, the fearless anthemic qualities. But it does so with indie rock aesthetics: technical proficiency, experimentation, a unique lyrical approach that creates mountains of mental imagery. The result is an edgy, urgent, epic sound that builds from inside...both dangerous and delicate, intricate and raw. Settlefish knows how to fill a space, whether it's with an eerie silence cut by the faint whisper of the amps, a thumping bass line entwined with dissonant feedback, the squall and settle of drums or an unrelentless barrage from vocalist Jonathan Clancy. Clancy's voice has an earnest roughness that is sweetly despairing yet always riveting, often exploding into a full-on scream fest. Settlefish's music is unconventionally elegant, layered with nuance and unpredictability that develops organically without preconception. But make no mistake, this is a driving, pulse-raising, hard hitting debut that will stun your senses. (DER-423)

"With Settlefish's debut album, Dance A While, Upset, you are immediately struck with the anthematic qualities of the songs this band creates. The opening track Breeze cruises along like its name, building and fading, charging and retreating, using everything from drums, bass, guitar and vocals to a small horn section in an attempt at getting the point across. Then the chaotic aggression of Blindfold The Leaves takes your breath away in a completely different, but equally effective manner. The angular guitars are screaming as the drums beat them without a second thought, then the whole thing erupts into a rhythmically peculiar and overall mind-bending experience. Settlefish has shown a lot of promise here, as Dance A While, Upset oozes with energy and conviction in a way that sounds refreshingly new and exciting." - Alarm

"Italy's Settlefish access the right amount of honesty and poignancy on Dance A While, Upset, and they've managed to at once do something different and do something right. Fueled by battling guitars and dueling scream-singing, the dark, heavy and passionately broken ten-track record achieves a stirring sound of its own. Meandering amongst the desperate and melancholy (On Symmetry Pebbles), the hardcore-inspired and noise-drenched (Blindfold The Leaves) and the forceful and infectious (Artificial Synapse), Dance A While, Upset builds and broods, invites sadness and pleasure and aims to bring its listeners to their knees. Creating honest music that's culled directly from the heart, the quintet's explosive sound could come from none other than their own." - Alternative Press

"Settlefish plays beautiful, energetic and emotionally intense music on On Dance A While, Upset. Settlefish are like a perfect blend of post hardcore, emo and indie rock. By the time you get to the third track, you are completely immersed and absorbed into the world that is Settlefish. I love how the songs are brooding, building up more and more until there's a final explosion of loud guitars and screaming that sends your jaw straight to the floor. I don't really know too much about the post hardcore scene in Italy, but i know that if other bands over there sound anything like Settlefish, then Italy has an awesome music scene. Dance A While, Upset is an excellent record and debut from Settlefish." - Calamity Project