by Cross My Heart 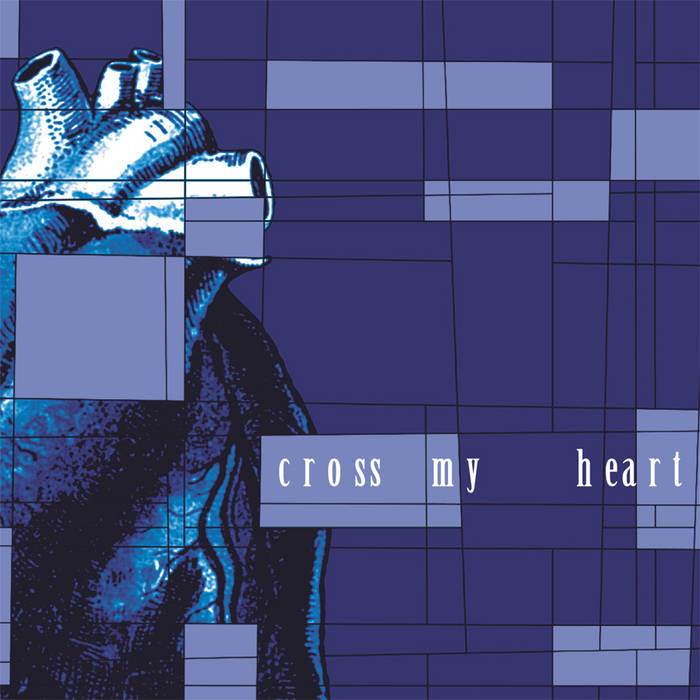 A continuing evolution of the loud-soft dynamic - from a whisper to a scream and back again in a single breath - Cross My Heart conveys the weight of the world in a clever meeting of roaring guitars and quiet reprieves. With wounded vocals that pay tribute to the rollercoaster relationship, Cross My Heart puts knots in your stomach and stars around your head. Songs that make the whole scene sing. Unreleased song "Hearing Things" on Emo Diaries 3 (DER-372)

"Cross My Heart undeniably set themselves apart from their ever-increasing homogenized contemporaries. Contingent with each song is an invitation for the listener to become involved in the introspective journey at hand, but with the understanding that a sense of relief will ultimately be provided. By album's end, the overall vibe is a positive one - a rehabilitative sense, perhaps. Did I mention that these boys can rock? A song like "Today I Discovered the World" demonstrates that deep, sensitive music doesn't have to be confined to sleepy instrumentation and denial of all aggressive urges. Cross My Heart recognizes the importance of both visceral and cerebral approaches to emotional music." - Pitchfork

"Cross My Heart lets the guitars truly wail and presents a powerful interpretation of the ever-evolving emo standard. Everything works. Passion, man. That's here in droves. You know, it's called emo for a reason. The psychic urgency of the lyrics and riffage makes listening imperative. No choice. This stuff impels me to turn up the volume and contemplate. The best music takes hold of the soul and doesn't let go. There's a hook which slowly snags itself on the heart, and once it pierces, escape is a futile dream." - Aiding And Abetting

"Cross My Heart conjures up post-hardcore's intense sense of desperation and alienation, but the songs maintain an indisputable pop-like catchiness. Astounding production, blending the muscular with the melodious." - CMJ

"Can you believe it? The infinitely faultless Deep Elm Records come with with yet another infinitely faultless release, this time from the gloriously talented Cross My Heart. This is superb, like the ultimate mix of slow emo rock a la Brandtson and the less hardcore moments of Boy Sets Fire meets Samiam. And then elements of Promise Ring come to mind too, but Cross My Heart just piss all over that band (who really are terribly over-rated y'know) and also have this startling tendency to break the emotive subtleties that hold their songs together and get all powerful and screamy, again very much in a Boy Sets Fire kind of way. Of course I'll regret saying this once Deep Elm have a few more releases under their belt in the months to come, but for now, and without a hesitation in my mind, Cross My Heart are my favourite Deep Elm band so far. There, said it." - Fracture

"An empathetic musical assault from Baltimore. Slick guitar work acts like a metaphorical anchor to these seven tracks. Sometimes quietly volatile, sometimes uproariously stormy, Cross My Heart waver between emotional stability and staving off emotional outbursts. Quietly plucked guitar chords match the smooth and successively inflamed vocals. The closing track of the CD, "The Hypnotist," is exactly that: a short burst of wavering guitar feedback calmly induces a glazed-over stupor, as serene vocals burrow not only into the band's memories, but also your own." - Splendid