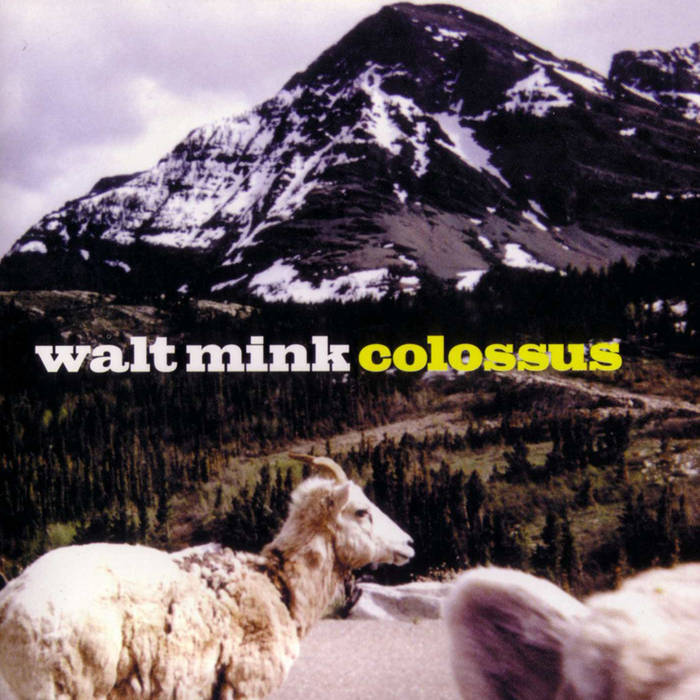 Armed with a motto of "steady as she goes," a truckload of artistic integrity and an appetite for adventure, Walt Mink marched forward in their tireless effort to make music that's exciting to play. Named after a college psychology professor, the New York-by-Minnesota trio created its exotically uncategorizable sound for nearly a decade. The critical press agrees, "the '90s have not seen another band with the sheer instinctive musical savvy of Walt Mink." Displaying all the best features of 70's stadium rock from wailing guitar-hero riffs to inspiring harmonies, Colossus spins relatable stories with skilled musicianship and without the usual dimestore angst. Their music packs an understated crunch most bands cannot dream of touching. Any comparison to punk, pop, rock, psychedelia, folk or metal cannot do justice. They're a mixture of electric and acoustic...a virtual study in the extremes of rock and roll in which John Kimbrough's delicate vocal lines allow you to share what he's feeling. Without gimmicks, Walt Mink achieved what so few of their peers have - a rock classification of their own...they sound like Walt Mink. Colossus is most passionate and ambitious of the band's four full-length records. (DER-361)

Walt Mink is easily one of the most impressive rock bands of the late 20th century and are so amazing that if anyone had ever heard of them, they'd have the credibility of the Rolling Stones and the integrity of the Beatles. Colossus tops about 95% of the releases this year so far. John Kimbrough picks at the guitar strings with such accuracy and precision, you'd think he was Steve Vai minus the egocentric solos. And songs like 'Goodnite' and 'Boots' are downright amazing rock songs that are outstanding in both lyricism ('I'm down / But what's done is done / This is true to the picture / I'm ashamed / Aren't you?') and melodicism. The album's high point comes with 'Brave Beyond the Call,' a standard slab of Kimbrough genius whose chorus reflects upon a worrisome mother ('Mama's secrets never leaked / And she was Brave Beyond the Call / Placed the welfare of her family's illusion over all... She'll prevent you from it all.') Colossus follows the Walt Mink tradition of transcending all other current releases and is truly one of the band's finest records yet." - Pitchfork

"Walt Mink is back with a collection of completely mind altering, mood enhancing, space-age arena-rock cum power pop confections to make your head swim and your jaw go slack. After all the band has been through - two albums on Caroline and one on Atlantic before jumping to the stridently independent Deep Elm - just regrouping to put out Colossus is a triumph of the spirit. One listen, though, and you understand why they did it. These are great songs expertly played. With a sound so diverse, it's hard to put this newest offering in a category except to say that it's mostly like the previous three Walt Mink albums. Lyrics aside, where the wow-factor of Colossus shifts into hyperdrive is with Kimbrough's guitar playing. Equally capable of acoustic beauty and metal crunch, Kimbrough's ax is the reason reviews of past Mink albums have appeared in such highbrow publications as Guitar Player and Stereo Review. It's this technical skill that allows Walt Mink to successfully straddle the huge chasm between art-rock '70s and pop-rock '90s. What would be an Evel Knievel Snake River jump for most bands is like popping a wheelie for Walt Mink. While other songwriters with diverse repertoires sometimes stamp their influences on top of everything they do (think Karl Wallinger / World Party), Kimbrough buries influences deep in his songs, mostly in the guitar lines. You only catch a glimpse of Jimi Hendrix in the chorus riff of 'She Can Smile' or a peek of George Harrison's sitar phase on 'Lovely Arrhythmia' or a slice of David Gilmore (Pink Floyd) in the way the closing riff trails out to its logical extreme on 'John's Dream.' Kimbrough makes a strong case for being the equal of all of them. The music, the lyrics, the staunchly independent vibe: It's heady stuff. The college psychology professor for whom the band is named should be proud. Modern rock fans ought to light a match and hold it over their head in appreciation. Walt Mink fans are probably doing spontaneous back flips over this one." - Consumable