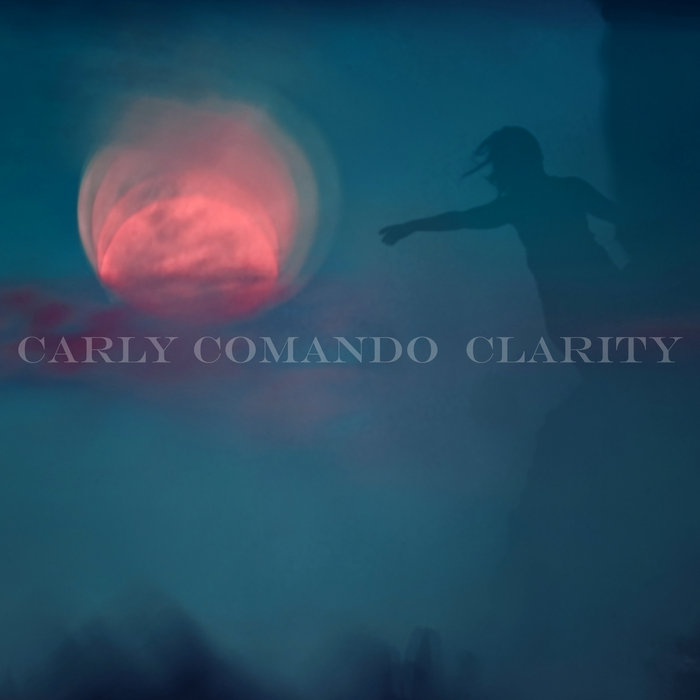 Sven B. Schreiber (sbs) Four years after her highly inspiring full-length album "Dreamlife", Carly Comando of "Slingshot Dakota" comes up with another great work in about the same vein, which I'd describe as minimalist cinematic post-rock. Although called a "Triple Single", because it contains three mixes of the same composition, the versions are distinct enough to perceive this release as an EP. The default version is arranged for piano and synth orchestra. The "Hero Mix" is considerably shorter, and adds a fast-paced synth arpeggio. The "Oboe Mix" is a synth-only version without piano, shifting the nice oboe sounds a bit more into the focus. Favorite track: Clarity (Hero Mix).

Triple Single for the spectacular new track "Clarity" by Carly Comando. Carly's delicately constructed blend of piano, oboe and orchestral elements is pure cinematic perfection! I mean WOW. Includes a faster tempo version (Hero Mix) and an oboe-only version (Oboe Mix). One of the most moving and powerful songs ever to be released on Deep Elm Records. Worldwide release date is May 10. Pre-Order now!

"This piece represents the tumultuous reality of 'clarity'. It isn't all light at the end of the tunnel. Sometimes it's another tunnel in itself. It can be the beginning of an emotional rollercoaster, or the end of the ride if we're lucky. As someone who is always looking for the positives in life, I believe that no matter what road a realization takes us, being closer to the truth is still better for us in the long run. No matter how grim a scenario, there's always a way to find a new approach to navigate it. I wanted Clarity to tell the story of this type of journey. The ascending horns and strings represents our minds wrapping around truth and how we process it. That slow understanding of what we're presented with and how we're going to put one foot in front of the other. Clarity begins with caution - and crescendos into that metaphorical 'yes' lightbulb moment, where we start over on a thoughtful, slow and beautiful new beginning," says Carly.