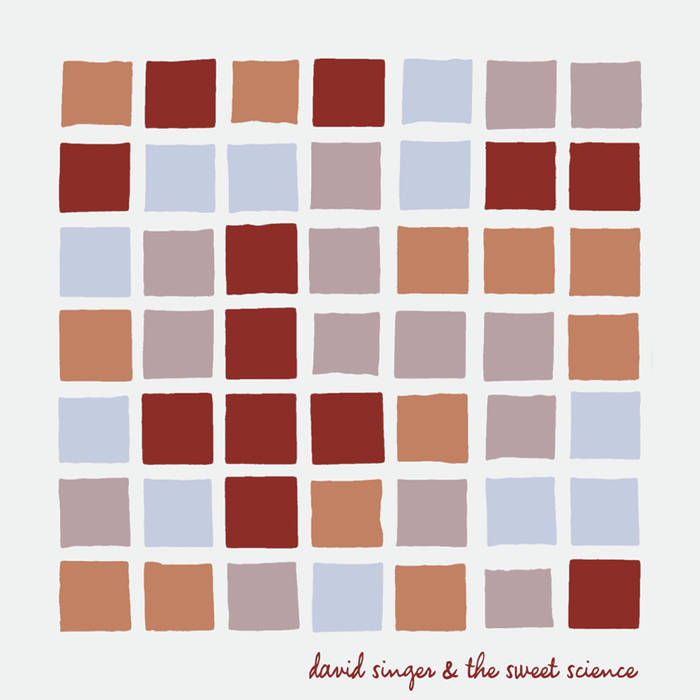 A candid observer of love, hate and all that is between, David Singer's heartfelt rock confessionals are an open dialogue of orchestral pop, fresh melodicism and mesmerizing poetry. His sophomore release, Civil Wars, scratches beneath the seemingly peaceful exterior of family life to reveal the true battleground, the domestic turmoil, the front for our most painful encounters. Obsessed with the sad irony of how we are often most vicious to the ones we are closest to, Singer unveils his innermost struggle through a complex range of subtle storytelling and catchy melody. He conveys an elaborate flood of emotion...everything from tender doubt to painful curiosity to ironic introspection. This highly accomplished collection of soothing, piano-driven ballads and intellectual rockers simply defies most categories. (DER-421)

"If there's any war planned here, then it's David Singer's attempt to wrest the sensitive, witty singer-songwriter crown from Elliot Smith's pain-furrowed brow. Singer spins urban tales on Civil Wars whose well crafted harmonies often veil twisted narratives, such as violent retribution on an unfaithful partner. The arching, piano-led I'm Not Leaving, in which the narrator's desperation to be desired verges on the psychopathic, and the chiming, creeping love song I Will Come Back From The War are immediate standouts, but with repeated listens, all of Civil Wars will conquer your ears. Elliot Smith had better check that his crown is securely pinned on." - Kerrang

"Civil Wars finds David Singer & the Sweet Science exploring the fault lines that exist in any relationship. Singer explores the slow dissolution as love turns sour and the strange sense of vertigo that mingles regret, bitterness and a longing for revenge. He blends an awareness of the internal criticism that underlies any failed romance and yet allows these feelings to shimmer in arrangements that sparkle. At times he approaches the style of a latter-day Elvis Costello with his mixture of pianos, string arrangements and even a trumpet. What separates these songs from the countless other bands mining the same strata of loss and pop is Singer's considerable talent as a lyricist and his commensurate attention to detail. His lyrics are exquisitely balanced by a pop sensibility that offsets the bitterness of the words with a clean pop sheen. Of course, credit is due to his talented band, The Sweet Science, that flesh out these tracks and steer them well clear of Leonard Cohen territory. As brilliant a foil to him as Crazy Horse is to Neil Young, they display the proper sense of restraint allowing the songs to flare a muscle when necessary or withdraw and let the lyrics hang in one's consciousness. Civil Wars is a solid album that reflects an attention to detail that wears its heart on its sleeve and isn't afraid to sound pretty." - Ink 19