The Emo Diaries, Chapter 6 "The Silence In My Heart"

Chapter 6: The Silence In My Heart 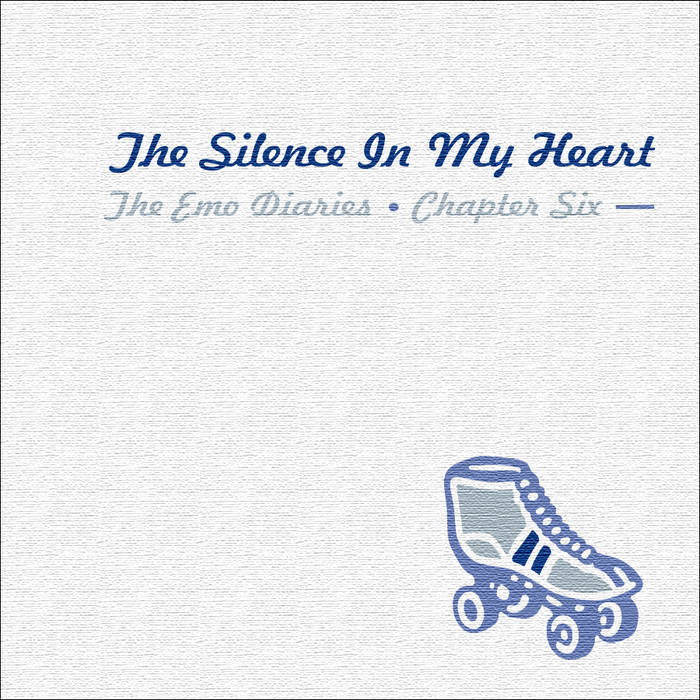 "The Emo Diaries may be the best document of our generation's gift to the world of music, and The Silence In My Heart: Chapter Six is no different. In a land of cheap, budget priced label samplers featuring previously released tracks by bands you don't particularly care about, The Emo Diaries is one of the last of a dying breed...the compilation album. Deep Elm does something that pretty much every other label has deemed an expensive hassle. Rather than trying to promote their own artists, Deep Elm actually lets any band in the world submit material for inclusion. The result is an excellent introduction to what's happening in emo right now. On this chapter you have the hard rocking Hangin' On A Thread, dynamic acts like Southpaw and Barcode, emotional, melodic punk from Andherson and the totally classic, finger-picking-and-whispering of Lewis. All of the songs provide excellent introductions to their particular style of music, with standout tracks coming from Honeysuckle Serontina, Hangin' On A Thread, Naht and Dead Red Sea. Emo is truly a worldwide force, and like nearly every style of music that has preceded it, emo needs a truly great single album that can be enjoyed equally by the newcomer and the expert. The Emo Diaries is a flex your head for the thrift store set, and if this genre means anything to you, you should really own this record." - Deep Fry Bonanza

"The good people at Deep Elm have somehow again succeeded in assembling hitherto unreleased tracks from a host of little known bands into a body of work that burrows straight to your soul and eekes out every possible emotion known. The Silence In My Heart: The Emo Diaries Chapter 6 is intensely moving stuff with warm textures, desolate atmospherics and soul-jarring dynamics. From crashing density to whispering introspection this record not only serves as a picture perfect snapshot of the varying post hardcore styles, but will introduce you to songs and bands that will stay with you for the rest of your life. Stunning." - Kerrang

"The Emo Diaries compilations have been largely successful because of their ability to back it up with nearly an hour of shockingly good music each and every time. Chapter Six, The Silence In My Heart, follows this pattern to a tee. Contained within these twelve songs of teetering energy and pain is far more than words could ever express. Southpaw starts things off with a song racked with harmonic vocals and poppy guitars. It's just the right amount of energy to get things going. Others include Benton Falls, with whom I'm really impressed. Their unique combination of thick guitars and bass mated to loud and booming vocals just takes off; this guy can sing! There is also Hangin' On A Thread, unleashing a ferocious attack that rages hard, and Andherson, who bring forth a very smooth, textured sound. I've listened to this record with attention that few pieces in my collection get. Darn good music wins again." - Pastepunk

"Deep Elm knows exactly how to make a compilation, and The Emo Diaries gets even better this time around with Chapter Six, The Silence In My Heart. All the sounds seem come together to create something great. A happy note, a sad note; they eventually all blend together in a euphoric tide of noise, crashing down in all the right places. Each band seems to know exactly when to twist your heart and when to let go and allow you to recover. After listening to The Silence In My Heart, you'll want to complete the diary by grabbing the five other chapters in this great series." - Graynoise