Chapter 5: I Guess This Is Goodbye 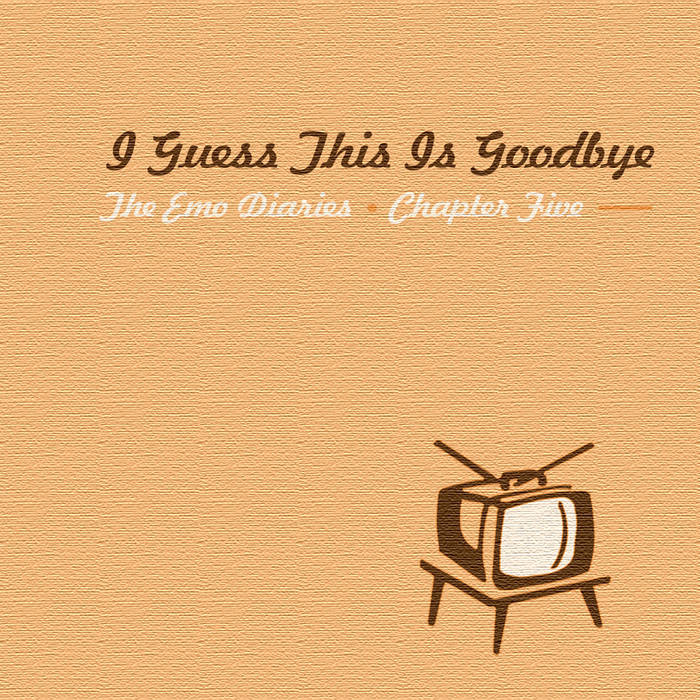 "Deep Elm really should be praised for this series of comps. Not only do they bring a lot of new bands some much needed attention, but all the tracks are previously unreleased. The album includes the rather Jawbreaker like Slowride, a great track from The White Octave, the screamed anger of Cast Aside and expansive soundscape that Benji produce -- all of which get the thumbs up from me. Another essential purchase for all you emo kids." - Scanner

"The Emo Diaries is probably one of the best series of all time. It documents the progression of a movement. All songs are previously unreleased which makes the Diaries even more special. Each chapter in the series concentrates on new bands, not hype, just music. On I Guess This Is Goodbye: Chapter 5, The White Octave is amazing, Sunfactor and The Walt Lariat are quality bands as well. There is already a Chapter 6 in the works, and I see no reason to stop. If it ain't broke, don't fix it." - Interference

"One of my favorite labels come out tops again with another amazing chapter to their ongoing Emo Diaries series. This one's just as good as the last one but has The White Octave on it who are absolutely stunning. Other bands rocking my world and this comp are Sunfactor, who always amazes me how better they seem to get, Eniac, who play the emo thing for a while before jumping up and grabbing you with an absolute stunner of a hook, and Cast Aside, who manage to sound emo yet scary at the same time with dueling male and female vocals with screams and growls popping up all over. As you should already know these comps feature exclusively unreleased tracks and are well worth your money. I should say something bad about this, otherwise everyone's going to think I'm on the Deep Elm payroll!" - Waxface

"Any one of the songs on The Emo Diaries Chapter 5: I Guess This Is Goodbye would prove to be an excellent background score for any motion picture about failed relationships. You can almost see the doors being slammed in faces, or the quintessential two in the morning, drunk and screaming in the front yard final argument. All of the bands are undeniably punchy, strong and drenched in emotional sweat. Most are a brilliant coupling of intensity and pain and are strongly fueled by suggestively heart felt lyrical content. Standouts include Sunfactor with an almost perfectly crafted power pop anthem, The White Octave's Looking Past Sky and its crushingly compact anger driven bass riff and stabbingly strong guitars and The Walt Lariat with one of the greatest insomnia songs ever written." - Salt For Slugs