The Emo Diaries, Chapter 4 "An Ocean of Doubt"

Chapter 4: An Ocean Of Doubt 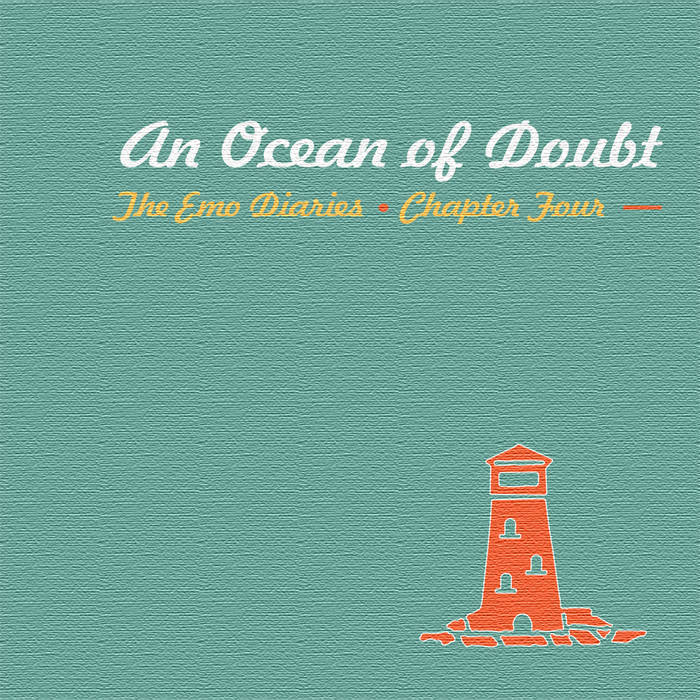 "Deep Elm's fourth showcase of all-things emotional is just as good as its predecessors, if not better. The emo-core movement has taken its fair share of stick for emerging as the 'new man' of the hardcore genre. However, there is no time for any teary-eyed introspection here, as Five Speed tear through 'What's Our Dilemma' with tight riffing a la Shades Apart, while Sweden's coolly-monickered Keystone Sinatra bring to mind a youthful Quicksand, which is no bad thing. The UK contingent is represented with Spy versus Spy's impassioned 'Set The Spokes Alight.' An inspiring case of geek rock turned all the way up to 11." - Kerrang

"All bullsh*t aside, there isn't one thing that I've heard from Deep Elm that I didn't like, and their Emo Diaries compilation series is right at the top of the heap. It's an accomplishment to put out one compilation disc that is well-rounded and cohesive, let alone a whole series of them. Chapter Four, An Ocean Of Doubt, lives up to the same standards that Deep Elm had set forth with the other chapters. I might even say that this is my favorite (it's damn hard to choose though). You don't even have to worry about skipping, because this thing is great from start to finish and never goes stale. It's a deluge of shimmering noise, raw emotion, infectious melody and just plain high quality stuff the like of which I've come to expect from Deep Elm. I'm gonna wear this one out, blasting it during those still lazy summer afternoons, guzzling iced tea and waiting for the next chapter to come out." - Space City Rock

"Deep Elm has been releasing these compilations for some time, and they stick to a basic formula - unreleased tracks only, and they listen to the songs without knowing who the bands are. So, to say the least, it's an unpretentious compilation, where small bands are billed as highly as big ones. And to be honest, that's how it should be. Suffice to say, any compilation that starts (in Chapter One) with Jimmy Eat World and the almighty Samiam, has a tough act to follow. But later compilations have included Pop Unknown, Appleseed Cast, Starmarket and my new favorite band, Planes Mistaken for Stars. So they definitely do not disappoint. Chapter Four starts with a bang - a track by Fine Speed, called Dilemma. And believe me, it sets the stage for a diverse album. That track alone has enough dynamics to make the Pixies go home, pack it up, and start writing crappy solo albums. Other highlights include...well...every damn track on the record. Spy Versus Spy, Keystone Sinatra and Flux Capacitor don't just have great names, but have managed some true feats of musicianship. Emo, to me, is music that can stick a screwdriver between your ribs, and simultaneously lull you to sleep. Usually in the same song. These bands have it down. No Sunny Day Real Estate rip-off bands, but pure, primal, genuine emotion. Don't be surprised if you haven't heard of most of the bands on this compilation. But I'd be surprised if you don't soon." - Punk News