Chapter 3: The Moment Of Truth 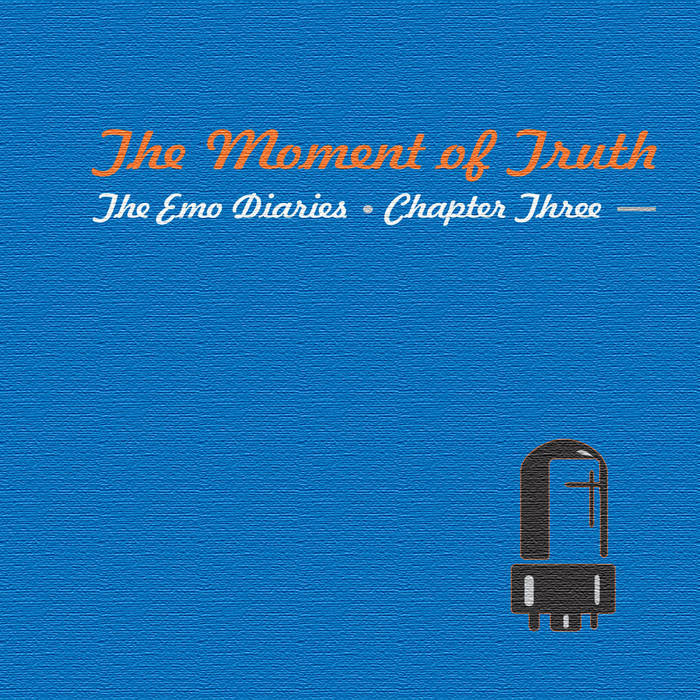 "This is emo, what music should be all about. Get all of these. Each album is incredible! Some bands you may have heard of, some obscure you'll die to find. I just listened to all the Diaries albums in a row, and it's pretty fascinating to see the way that this documentation of the emo style has changed just in the past two or so years. It seems that this style of music has evolved significantly, in part reverting back to its hardcore routes and also spreading outside our humble home, proving that America doesn't hold the only license to powerful, emotional rock. I don't think ANY compilation album will be quite as good as the first chapter of The Emo Diaries, with the second Emo Diaries close behind. Deep Elm is the best label out there." - Delusions of Adequacy

"Perhaps the best continuing compilation around. First, because instead of being a hard-liner on the question of the emo sound, John at Deep Elm prefers instead to simply let the music determine its own course. Quality is the question, not blind obedience to some arbitrary rules. But choosing 14 songs from the multitudes submitted isn't easy. On each of these discs, the songs have been among the best representations of emo, whatever that might actually mean. There are a couple of bands here I've heard before (Sweep the Leg Johnny and Cross My Heart) and a couple I wish I had (Starmarket and the Saddest Girl Story). Well, all of the songs are great. Those two just made the biggest immediate impact. Deep Elm has taken an approach to propagating the emo sound, and does it oh-so-well. This is just one more point in the east coast corner. A compilation to be snapped up with all due haste." - Aiding And Abetting

"The third chapter has been written, and it is sweeter than the last. Deep Elm is churning these out without any quality flaws. From top to bottom, this is great. I keep listening over and over and I am reluctant to name favorites. The opener by Starmarket is a great, amped up track, with other dandies following by Planes Mistaken For Stars, Penfold (excellent!), The Saddest Girl Story, Sweep The Leg Johnny, Speedwell, Epstein and the ever-popular "hidden" track by London, Ontario's own, Shoulder. Again, let me re-iterate, each song is stupendous on its own, and each of these bands deserves their own full-length or two. That being said, any purchase of a Deep Elm record, specifically any chapter of the Emo Diaries, is a fine selection. You're guaranteed one of the finest compilations put together in recent years." - Building Adam Zine