Chapter 2: A Million Miles Away 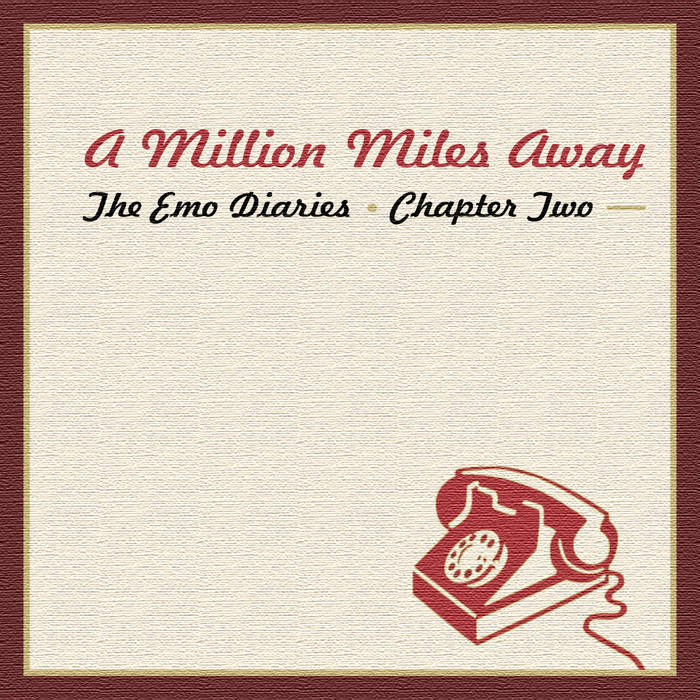 "Not very long ago, Deep Elm released one of the greatest compilations ever, known as The Emo Diaries, Chapter One. I'm not even going to go into who was featured on that comp, but it was a dream. This chapter has many strong points and enough good songs for one to enjoy. Pop Unknown is one of the first released songs to come from this post-alot of other bands supergroup from Austin. It's good, jangly, slow, moving, and there's an amazing organ solo at the beginning that gives it a ton of emotion. Other high points on the record Shooters & Senders, the Jazz June, Plain, and Strike Force. There is one awfully pleasant surprise however with this compilation, one that comes in two parts. The first and most obvious surprise was The Miracle of 86 song. In my view, that is the song that easily makes this a piece of history worth owning. Not to sound too "emo" here or whatever, but it's a drinking song to be by yourself and just cry and cry in the dark with that song on. That's one of the highest compliments I could pay a song. And the second surprise, one that's sort of obvious since it's listed on the inside, but not anywhere else, is the addition of a Tess Wiley song at the end of the final track. She's awfully rich in the music history department, and she's someone who I have this feeling you're going to be hearing a lot more about lately. Very pretty emotional music. Overall, an awesome compilation. Well worth the hard earned bucks for a good compilation, since they don't come too often." - Rocket Fuel

"This compilation is the second in a series of stirring collections released by Deep Elm to open your eyes and ears to the wondrous bands producing emo-core. This thirteen song collection, which is a follow up to last year's What's Mine is Yours, again displays some truly dynamic talent. All of the songs have never been released before on CD, and there are numerous gems. The disc begins with the emotional, heartfelt Pop Unknown. It's cascading guitar and warm vocals set the tone for this release. The majority of my personal favorites come later on the collection, particularly Plain, Magstatic and Strike Force, with singer Dina Carpenito delivering simply gorgeous, ethereal vocals. In addition to these excellent pieces, there are strong tracks from Shooters and Senders, Buford, My Favorite Citizen, and Miracle of 86. I loved this from beginning to end and commend Deep Elm for exposing so many great bands. I'm looking forward to chapter three." - Jersey Beat

"Your prayers have been answered. Chapter Two is with us. Chapter One was the best compilation ever produced, Chapter Two is also the best compilation ever released. It starts off with a truly tear-jerkingly beautiful emo-rock ballad from Pop Unknown and then eases with pure blessedness into The Appleseed Cast. You may not have heard of many of these bands, but once you've heard one track by them, you'll want everything they've ever recorded. Deep Elm have bestowed upon the world another collection of life-affirming music and Chapter 3 is on the way. Oh boy..." - Fracture