Chapter 12: I Love You But In The End I Will Destroy You 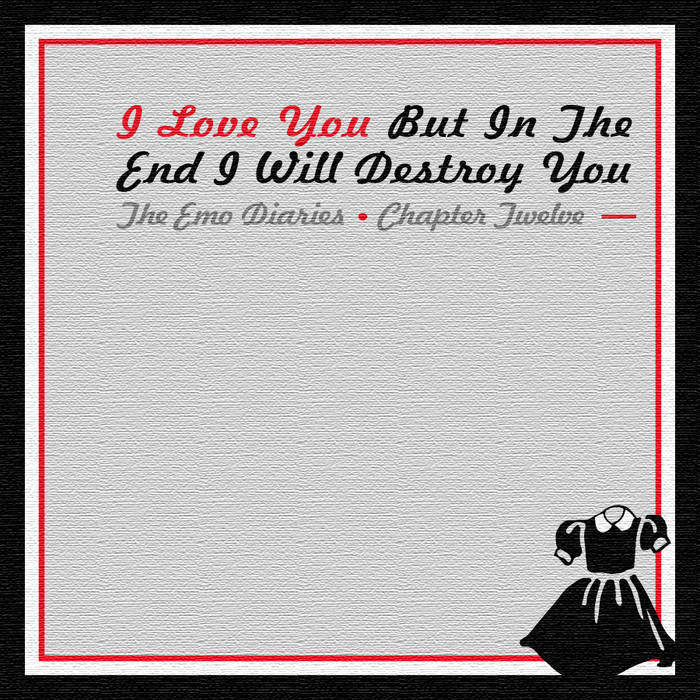 Since 1997, The Emo Diaries (www.deepelm.com/emodiaries) has been Deep Elm's way of documenting an extraordinary and powerful style of music that possesses the ability to stir emotion like no other. This legendary CD series has introduced nearly 150 incredible bands including Jimmy Eat World, The Appleseed Cast, This Drama, Further Seems Forever (featuring Chris Carrabba of Dashboard Confessional), Planes Mistaken For Stars, The Movielife, Samiam and many more to fans wordwide. All songs are Exclusive and Unreleased making each chapter of The Emo Diaries a true compilation, not a sampler of previously released music. All bands were selected based on blind submissions of music (10,000+ submissions received)...so only the music matters, not who submits. Deep Elm hasn't intended to define the emo genre, but instead share with you the music that moves us and support these incredible bands...it's what we do. "The best compilation series on this planet...period" says Punk Rock Reviews.

"A rich and utterly rewarding snapshot of this intense and personal musical style." - Scratch

"In the history of the compilation, there has never been a better one than this." - Fracture

summer hours
"still with me"
rachel, mike and griffin are summer hours
they reside in brooklyn, new york
recorded by elie massias
this song is dedicated to the fondest memories of the short life of jon dannefer
summerhrs@gmail.com
www.twitter.com/summerhrs
www.facebook.com/summerhours

For Kristen: I love you, but in the end I would have destroyed you...