The Emo Diaries, Chapter 11 "Taking Back What's Ours"

Chapter 11: Taking Back What's Ours 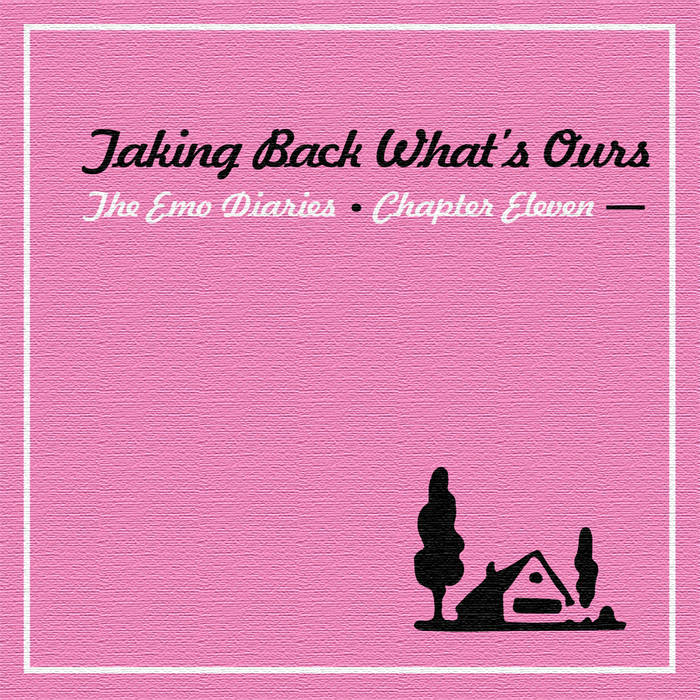 In 2004, Deep Elm Record's legendary compilation series The Emo Diaries unofficially came to rest as the longest running compilation series in the history of indie rock with its tenth chapter and a total of 135 unreleased songs. Deep Elm cited the bastardization of the term "emo" in today's pop culture, as well as mainstream's stranglehold and subsequent commercialization of the genre, which placed the focus squarely on the aesthetic...not the music, the energy or the passion. Essentially, Deep Elm refused to play the game and closed the doors on the genre they helped to document, nurture and expose to the world. But this is now and Deep Elm is Taking Back What's Ours. The Emo Diaries, Chapter 11 features unreleased songs from Above Them (Pontefract, England), This Drama (Tenerife, Spain), While You Were Gone (Houston, TX), Knockout Kings (Keller, TX), Andy Tanner & His Grand Piano (Colorado Springs, CO), The Crash Engine (Portland, OR), The Decoration (San Francisco, CA), I'm Fashion, You're Victim (Kettering, England), Young Hearts (Brooklyn, NY), The City Beautiful (Rotterdam, Netherlands), My Awesome Compilation (Leicestershire, England) and Panel (Cardiff, Wales). Songs were chosen from 1,200 open submissions. Absolutely Essential. (DER-465)

"Deep Elm are one of THE legendary underground record labels from the US, right up there with Dischord, No Idea and Jade Tree. The Emo Diaries stopped in 2004, but three years later, Deep Elm are taking back emo with Chapter 11. If you're familiar with the Deep Elm back catalogue you'll have a pretty good idea what to expect here: emotionally charged indie rock with melodic guitars and harmonies. Above Them are definitely the standout for me, but there's a nice variety of stuff on show here. I'm Fashion, You're Victim sound kinda like Thrice covering Poison the Well, and the female vocals of While You Were Gone make a nice change. If you already know Deep Elm then you probably want a copy of this already. If you don't, but you yearn for something more than Fall Out Boy and My Chemical Romance then start with The Emo Diaries." - Die Shellsuit, Die!

"With The Emo Diaries No. 11, Deep Elm seek to reclaim the genre which they helped to shape. Assisting them are twelve bands fighting for their own acclaim by giving their very best tracks. Twelve blasts of emotionally charged rock later and the emo pretenders lie broken and bloodied on the floor. Throughout its entirety, Emo 11 barely misses a step, rendering it perhaps one of the greatest compilations of the century. All of the songs pack the requisite punch and Taking Back What's Ours takes the listener on a journey through the musical genres covered by the emo tag. Knockout Kings show that they are aptly monikered with their searing punk fueled offering. Also up for special commendation is Andy Tanner, kicking up an expansive piano-led ballad which isn't afraid to nail you to the wall with bursts of heavy rock. If you are a fan of alternative, hardcore, punk, indie or rock then this album should be marked as a mandatory item. In the end, these bands bring a measure of pride back to the emo name. Mission accomplished." - Strange Glue

"Above Them kick off The Emo Diaries No.11 in true angst ridden style. For a compilation that sets out to celebrate the best unheard emo and subvert the mainstream juggernaut that has hijacked the genre, there is a healthy sense of real emotion and very little added sweetener. The band's blood is up in defense of their chosen genre and what better way to showcase the real emo heroes than on 'the longest running compilation series in the history of indie rock.' Each song is unreleased and highlights include This Drama and the exuberant Young Hearts. The Emo Diaries is a compilation that trades in sugar highs, but rather than the chemical substitute it remains resolutely full." - New-Noise

"Three years after Deep Elm retired the Emo Diaries, it looks like the label is ready to make some well deserved "Taking Back" pot shots and rescue one of the most overused terms in music from Silverstein, make-up and MySpace. Almost every track on Chapter 11 seems to draw influence from Deep Elm's roster, with sonic similarities to Cross My Heart, Camber and the Appleseed Cast popping up everywhere. While You Were Gone's 'Hey Lola', a pop punk gem delivered with all the earnestness of classic Pollen, is easily the strongest selection while Panel's passionate aping of Planes Mistaken For Stars is another stand-out. Taking Back What's Ours serves up some strong examples of non-Victory Records emo." - Exclaim!