Chapter 10: The Hope I Hide Inside 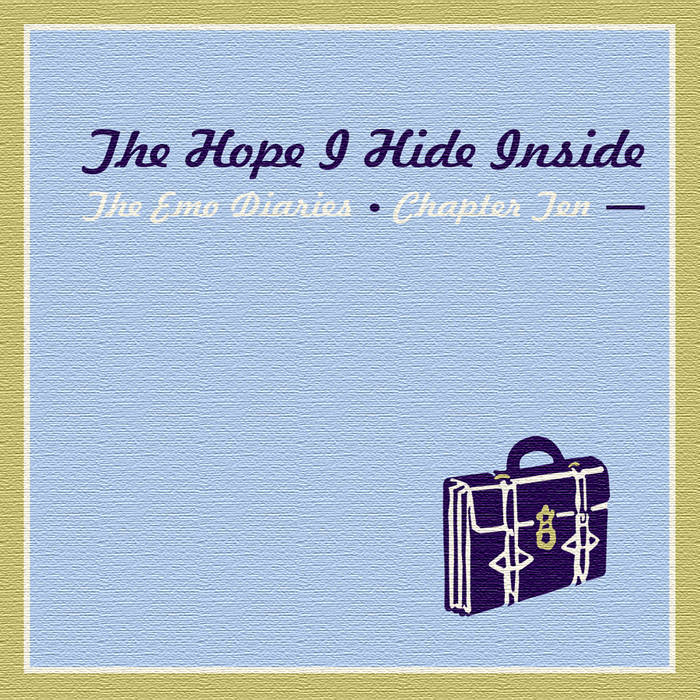 "Documenting an evolution for eight years, The Emo Diaries is definitely about the music. Getting us off to a solid start on Chapter 10, The Hope I Hide Inside, is Oliver with some appropriately upbeat rock. The comp's international colors are shown in Jerusalem's My Name Is Nobody. Their extremely raw punk rock slips into some savage hardcore vocals creating a dramatic and interesting sound. Representing the UK are The Holiday Plan and Latitude Blue; the former an energetic blast of emo-punk providing one of the best moments of the cd, the latter robust and quite catchy indie rock. Deep Elm's own Sounds Like Violence don't fail to deliver with their song. It's a degree mellower and more straightforward than their EP, but still has the slightly deranged vocals and is definitely quality. Also doing the label proud are Lock And Key, their throaty singer prominent as usual on their blistering, melodic punk effort. Hercules Hercules flaunt their arty, angular flair with strong nods toward The Blood Brothers, while Lukestar's song, a definite highlight, is cutting yet unexpectedly catchy. Closing the series is a weighty responsibility, but The Silent Type manage to live up to the task with a suitably relaxing and sublimely melodic track reminiscent of The Appleseed Cast. All in all, a fine collection with lots of passionate songs as one would expect. While Chapter 10 marks an end of an era for The Emo Diaries, you'll be happy to hear that Deep Elm has an all new compilation series, This Is Indie Rock. I can't wait." - Kill The Noise

"The 10th and final installment of The Emo Diaries is packed with some of the finest songs I've heard on a compilation. You can literally find any song for any moment of your life on this. The Hope I Hide Inside is filled with intensity, passion, honesty and emotion. I especially enjoyed songs from My Name Is Nobody, The Holiday Plan and Sounds Like Violence. There are some awesome tunes from bands like Oliver, Lock And Key and Lukestar too. The fact that most of the bands on this comp are unsigned and independent makes it even better, reminding every listener what DIY really means. I will miss you, Emo Diaries." - Truepunk

"I could write pages on what Deep Elm did with The Emo Diaries, highlighting so many talented bands from around the world in so many diverse styles. The first two volumes are perhaps the most important compilation albums in independent rock. Along the way, the label found some amazing bands, flirted with all of emo's sub-genres and paved the way for a style that was vastly important in indie rock. On Chapter 10, The Hope I Hide Inside, the label is holding nothing back. The Israeli band My Name Is Nobody offers a great mix of in-your-face punk, hardcore and emo with some surprisingly lo-fi screaming. Bailey Drive's song is a nice blast of emo-core that I can't get out of my head, and Lock and Key's track may be the best Hot Water Music song they never made. Deep Elm's latest find, Sounds Like Violence, is brilliant on the album's best track. To replace Emo Diaries, Deep Elm is offering This is Indie Rock. I have little doubt that the new series will yet again introduce me to bands I need to hear more of and to styles that are on the cutting edge. That's the legacy of the Emo Diaries." - Delusions Of Adequacy