Chapter 1: What's Mine Is Yours 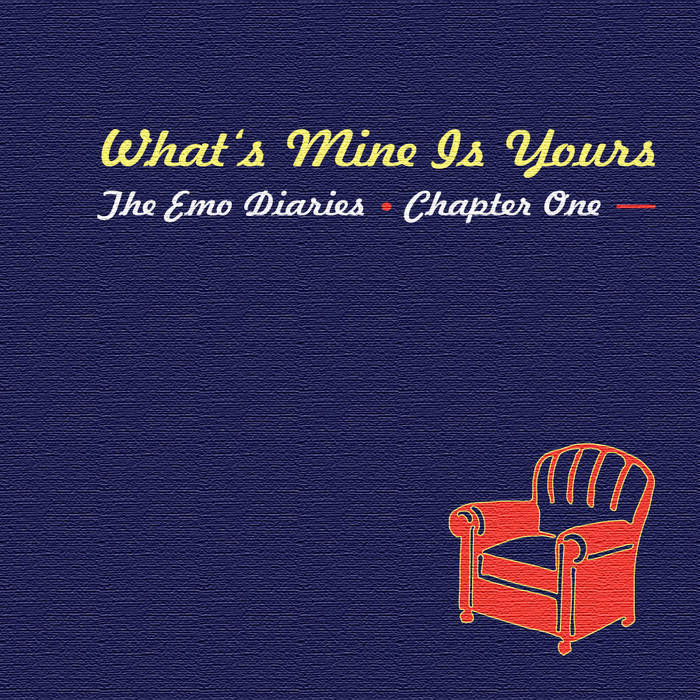 "Even the Tin Men of the hardcore scene used to wish they had a heart. Nowadays, tho', the Wizard has granted them the niche sound of emo-core, a loosely defined group of bands that many believe have been undeservedly ignored. What is emo-core, you ask? Well, it's basically a lot like hardcore 'cept that the sound is a little mellower, the themes are more focused on loss than pure anger, and they have a new compilation on Deep Elm. WHAT'S MINE IS YOURS has flow. Flow is that evasive quality that most comps lack -- a strong overall consistency that supersedes the tendency to say: "well, tracks one, four and seven rule, and six and three are ok, but two, five and eight suck, man." It's 12 tracks include strong appearances by Samiam, Jejune, Triplefastaction and Red Level, to name a few. It's music that still possesses a rawness that flaunts the battle scars of touring proudly. A good intro to the genre and a must-have for the fan." - Pitchfork

"Emo-core operates on a basic principle: that noise, coupled with strong songwriting and at least some semblance of melody, can capture the raw essence of emotion. That drums, guitars and maybe a set of pipes can wedge a screwdriver into the most private pain center and pry out a response. The grind and burn of these 12 tracks is an educated and valiant attempt to frame a picture of this intense and intensely personal musical style. WHAT'S MINE IS YOURS is a documentary, not a definition. Rather than providing an A to Z guide to emo, the nice (and smart) folks at Deep Elm rely on the force and sheer will of the music to wedge itself into your consciousness, from which you boil it down into your own thick, gooey, messy interpretation. It's a rich, desolate, utterly rewarding snapshot, like a black-and- white desert photo. From the raging flame of Jimmy Eat World's appropriately titled "Opener" to the blowing cyclone of Rain Still Falls' "Beginner Swimmer," there's not a flat moment here. Each track is an emotional prowler, licking its chops and eyeing your heart. All sorts of noise-rock crows and screams for attention these days. There's Rollins-style rage-rock, veins a-poppin' and limbs a-thrashin'. Art-noise is interested in music as a technical exercise. And there's plenty of acts making noise just to make noise. What separates the bands on WHAT'S MINE IS YOURS, the neophytes as well as the grizzled vets, is their insistence on building their music upon a base of uncooked, bloody-rare emotion. Don't get me wrong, these acts, well, ROCK, but as a means to an end. In the current vogue of artifice and irony, it's a novel concept. And that's the golden thread that keeps this sloppy genre from flying apart at warp speed. The insistent click and rumble of Richmond, VA's Lazycain, the uplifting roar of Samiam's "Ordinary Life" (which is anything but), and Red Level's bewildered mourning shout share a gritty energy, a stark humanness that dares you to be strong enough to let your guard down. Wimp factor: 0. Emo insists that it's easier to keep the walls up than to work up a sweat tearing them down. And judging by WHAT'S MINE IS YOURS, it's got the brawn to back it up." - Scratch