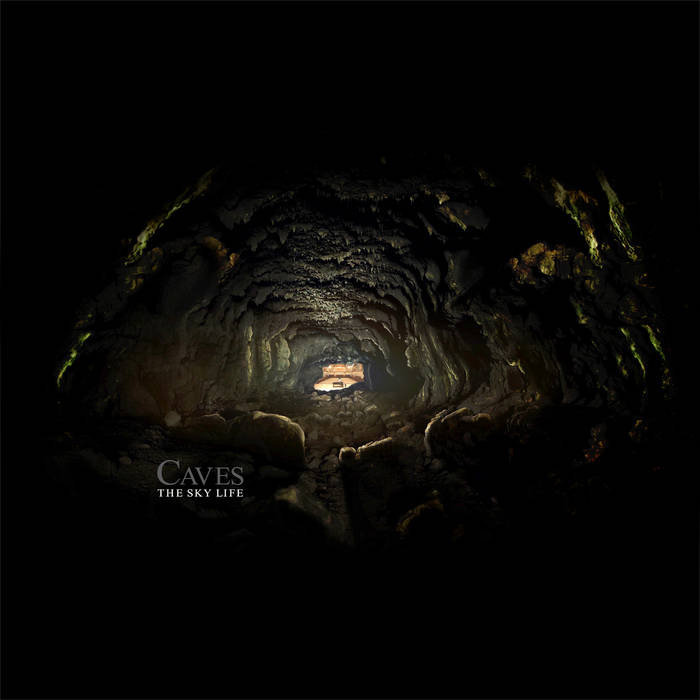 Caves, the third studio album from Canadian outfit THE SKY LIFE, is a skilled and artful exercise in opposites. Contrary to their prior two full-lengths, Caves paints a picture of sadness and sorrow throughout the majority of the album, particularly on songs like Feel The Same and Son To The Seed. But at the same time, each song is countered with joyful resonance and reflection. Both Granville and Freeman boldly proclaim satisfaction and the recognition of life's beauty, whether it's on the docks, down by the ocean or in simple appreciation of a beautiful summer day. Songs such as Get Up And Go - a blend of middle-eastern instrumentation with lush vocals and a hook that forces you to sing along - offer a world of encouragement, proclaiming that throughout life's trials and tribulations, we are not alone. THE SKY LIFE's ability to empathize with its audience, and more importantly the human condition, has never been more present and palpable...even though the album defies conventional songwriting methodology, making it difficult to pigeonhole the band's genre or writing style. THE SKY LIFE is an encouragement to a dry wasteland of a music industry, over saturated by cookie-cutter rock bands and over-sexualized pop stars, proving that there are still artists out there looking to push the boundaries, not afraid to write something that sounds different, not afraid to be honest.

"Caves is all about working through the hard times in life. Even when darkness and doubt surround you, no amount of dark can ever extinguish light. We want to connect with our audience and share the notion that everyone struggles, and that it's okay. It's okay to be upset, sad and angry, but it's important to also work through those feelings and emotions to come to a resolution, learn from them, grow and move forward in life" says band member Josh Steffen. Josh continues "the album title was chosen because we felt like a it represented the feeling of exploring depths, being lost, trapped or swallowed up by something that is cold, lonely and unknown. You never know what you're going to find if you go exploring in strange caves. The lyrics explore a journey of self-reflection, confusion, even anger. They explores empathy, error and understanding of humanity. And they explore love, encouragement and forgiveness. We chose the artwork because we felt it portrayed the mystical, dark feeling of the album...a cold dark place with a warm inviting center filled with music and life. On Caves, we threw away the notion that we were either guitarists, drummers or pianists...and instead shared duties via our abilities as multi-instrumentalists. Not being restricted to one instrument, one place in the mix, allowed us to explore the moods, melodies and possibilities within each song on a much deeper level." And the results are chillingly beautiful.

THE SKY LIFE is Justin Carter, Josh Steffen and Bobby Kuhl. Caves was co-produced and engineered by THE SKY LIFE in TSL Recording Suites in Edmonton and Vancouver over a period of nine months. The album was mastered at Suite Sound Labs (Bif Naked, SNFU, We Are The City) in Vancouver. Album artwork by Bobby Kuhl. Deep Elm also released the bands two previous albums "Roots And Wings" (2010) and "Dimes And Discourses" (2008). THE SKY LIFE currently resides in a place known as the Lower Mainland, Manhattan with Mountains, a liquid city, a tomorrow city, host of the 2010 Winter Olympics, home of the Stanley Park sanctuary and the Canucks...Vancouver, British Columbia, Canada.