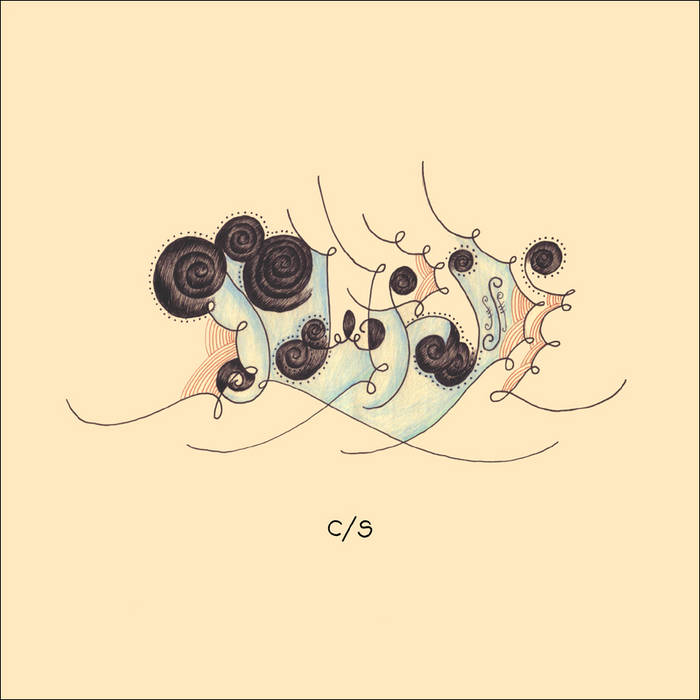 Andy Scott The band I always wanted to hear in high school but never knew existed. Maybe its just a coincidence that True Widow (D.H. Phillips current band) is one of my favorite of all time. Favorite track: Rust Killer.

Emmerich Absolutely killer rock 'n' roll. Between this and True Widow, D.H. Phillips has been responsible for some of the most perfect-sounding guitar music of the 2000s and 2010s. Favorite track: Rust Killer.

If there's a sense that Slowride's third full length C / S was written with the express intent of invoking the deadly approach of the Four Horsemen of the Apocalypse...maybe that's because it was. Even the album's title - which means "con safos," or more simply translated "don't mess with this" - evokes an ominous warning of unquestioned respect. The sound here is undeniably heavy on the low end, tight-as-hell and downright impossible to shake. Slowride grinds out songs with a garage-rock intensity colliding with an anti-punk attitude of whip-smart precision - genuinely refreshing for a band who nevertheless embraces the latter's breakneck riffs and bittersweet melody. C / S' emphasis on precision and density make Slowride's unique dynamic boil with a tension that's almost tangible, and their penchant for the one-two punch - pummeling guitar / bass / drum onslaught followed by Dan Phillips' unforgettable knockout choruses - reverberates long after the last note is played. Produced by Stuart Sikes (White Stripes, Jets To Brazil, The Walkmen). (DER-448)

"C / S exhibits Slowride in an entirely different light. There's an X factor that I can't really put my finger on, but in a lot of ways, it reminds me of Jets To Brazil's Four Cornered Night. The mellow vocal melodies aren't unlike that of Blake Schwarzenbach. C / S doesn't hold back its punk roots, but at the overall rock tone gives the band a sound that makes all classifications unjust. Listening to Slowride isn't about figuring out what genre the band falls into. They've created an identity for themselves that doesn't overlap their peers. The guitar tone on this album is absolutely stunning...exactly how guitars were meant to sound. Coupled with a lavish bass tone, you'd have to be deaf not to appreciate the chemistry that's going on here. Not to leave anything out, the drums sound as crisp as you could ever want. I'm really impressed with the overall feel that producer Stuart Sikes was able to pull off. So where does this leave C / S? Somewhere filed under 'albums you should check out.' It's a satisfying listen from a band that leaves little to be desired." - Punk Rocks

"I guess third time really is the charm, as C / S is by far Slowride's best record yet. Building A Building was a great album that flowed from an alt-county sound to straight-up rock numbers; this time around they focus more (much more!) on the rock, but there is still much to Slowride's sound. Hook-laden, riff rockers the likes of stoner rock bands Mammoth Volume or Colour Haze, with heavy flashes of classic alt-rock: Husker Du, Screaming Trees, Dinosaur Jr., as well as current faves like ...And You Will Know Us By the Trail of Dead and even Weezer. A total of twelve tracks consistently smacking you with riff after riff. Go ahead guys, I can handle it. Slowride has matured into an amazing rock band." - Feast Of Hate And Fear