Breaking In An Angel 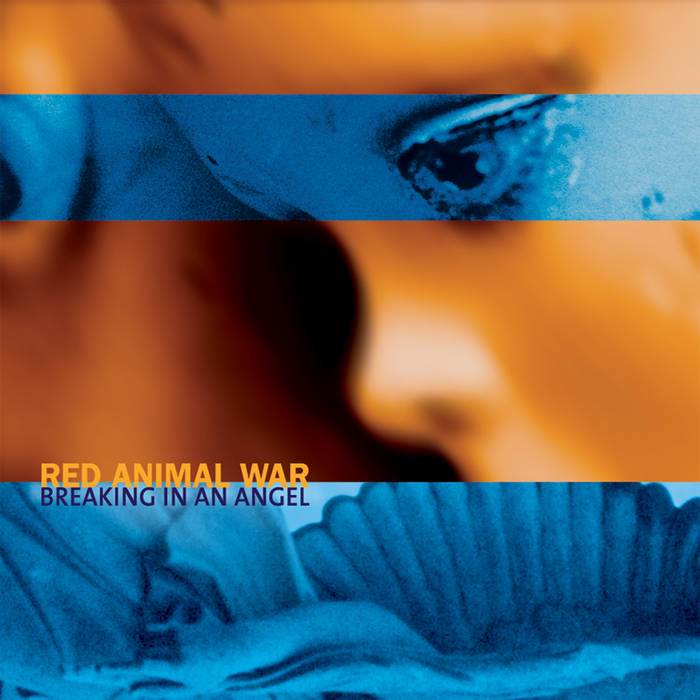 Red Animal War tears through Breaking In An Angel with such ferocity and intensity that there's no time for teary-eyed introspection. Displaying a forceful grasp of stop-start dynamics, they redefine technical song structure as we know it. Frenetic transitions from not so straight-ahead rock to tangled melodies to jolting rhythms are commonplace, perhaps rendering this quartet a tad schizophrenic. A unique cross-pollination of styles, this debut is an ideal showcase for the band's pristine sense of timing, complexity and reckless abandon. Red Animal War growls melodies about disillusionment and treachery and you can't help but scream the lyrics along with them. They alone make this record burn with pure, primal, genuine emotion. "When there's no explanation / when you're feeling somewhat conquered / there is hope" sings Justin Wilson. And hope is exactly what Breaking In An Angel delivers...with cascades of guitar, sterling musicianship, mathy texture and anthems of inspiration that evolve with every listen. Unreleased track "Backbreaker" on Emo Diaries Four. (DER-395)

"Excellent post-emo in a DC vein from Red Animal War. On Breaking In An Angel, the band puts their own spin on things, using interesting studio tricks, dubbing in sounds from other sources and so on. The production is super clean, the band is tight and the music is good. What more can you ask for?" - Jersey Beat

"On Breaking In An Angel, new Deep Elm upstarts Red Animal War really have something going on here. The album is pierced with angular, jazzy and clever strokes that really push the songs forward. Hard to pin down or neatly pigeonhole, as each song possesses an array of styles and ideas with a good use of samples, mixing techniques and rhythm changes to screw with a metronome. The vocal harmonies on Breaking In An Angel are awesome. They compliment each other perfectly and are often the key to pulling the song into a rocky and hooky chorus from out of the rolling and clean verses. Red Animal War are a pretty special indie rock band who have created a bunch of great, innovative and intriguingly catchy songs. Clever stuff." - Fracture

"The musicianship present on Breaking In An Angel by Red Animal War is undeniable. They play disjointed DC style indie rock, and it's incredible. The last song on the album, the meditative Get-Away Driver, completely blows me away with its knowingly restrained, controlled and focused intensity. If half of the emo and indie bands out there were half as good as Red Animal War, the world would be a much better place." - Superhero

"There's something very different about Red Animal War, and they've managed to do something on Breaking In An Angel that I haven't seen many bands pull off - their music is both fast and slow at the same time. They know how to write dramatic, powerful music and it shows on every song. The guitars swell and stop and break at every key point. It's an amazing thing. The lyrics are well done too...not too cryptic but not to straightforward either. Bottom line, a very well-done, well-written all around emotional rock album." - Obese