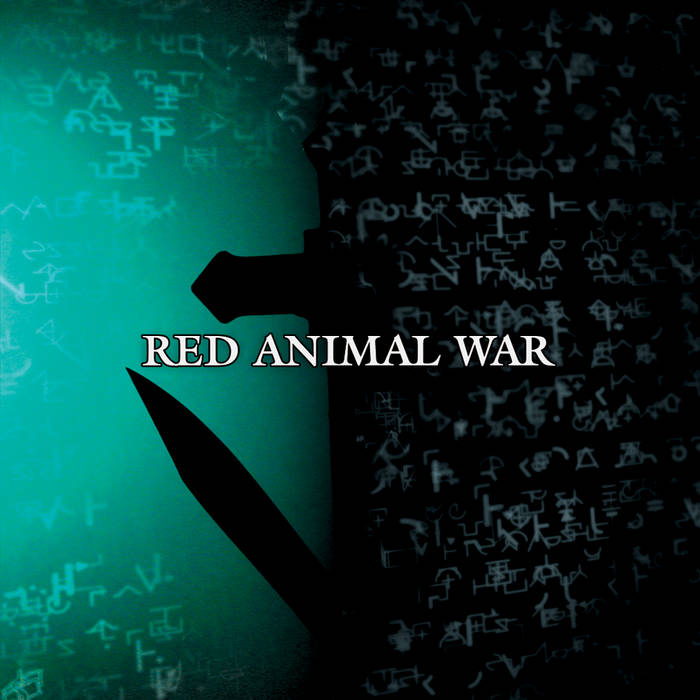 Rich with innovation, intensity and complex songwriting, Black Phantom Crusades represents a flawless mixture of art and math. Unpredictable and aggressive yet never out of control, Rad Aniamal War pulls, screams and claws at the heart of guitar-driven rock as if they had just one last chance to save it. Multi-layered patchworks of instrumentation, intricate start-stop dynamics and sharply written melodies characterize the somehow seamless flow of each song on this amazing sophomore release. Wrapped with smart lyrics that venture far beyond the domain of broken hearts, lead singer Justin Wilson understands that words can hit as hard as any instrument. The rhythm section is so driving and the guitar play so tricky. Whether the power of Black Phantom Crusades comes from its creativity, its vast depth of dynamics, its technical skill or its incredible performance, Red Animal War comes out on top...swinging, invincible and hard-hitting as ever. This is a tremendous accomplishment, a victory to say the least. It's that good, maybe even better. (DER-419)

"Ever wonder what Jawbox would have sounded like had they lasted to their sixth or seventh album? Red Animal War's 'Black Phantom Crusades' may yield a safe guesstimate to such a query. In all seriousness, Red Animal War aren't that derivative. Even so, I'll be darned if they don't espouse a healthy dollop of that band's challenging instrumental interplay and tightly-would dissonance, and if Justin Wilson isn't a dead ringer for J. Robbins, I don't know who is. Matt Pittman and Wilson's clamorous dueling-guitars almost take a backseat to Brian Pho's incisively clangy bass-lines, to wonderful effect, particularly on Mouse, amid other moments of brilliance, including When Fat Pigs Fly and When I Get The Feeling. Whether Red Animal War realizes it or not, they've filled a gap, while raising the bar in the post-hardcore sweepstakes to boot." - Big Takeover

"Red Animal War continue to defy expectations. With Black Phantom Crusades, their cautious blend of Jawbox-ism, wire-y guitar grinds, jazz-influenced chords and lyrical bitterness has hurled them straight out of any indie rock genre stereotype. How this band mastered a sound so creative, so angular yet warm, and so technical yet reckless in just two records is beyond me. One thing's for sure; Red Animal War have become Deep Elm's premier act. Black Phantom Crusades is not only the label's most unique offering to date, it's a victory in the often-regurgitated indie rock battlefield." - Lollipop

"Black Phantom Crusades from Red Animal War is a massive album that rides on waves of shimmering D.C. - influenced guitar, impassioned vocals and powerful, complex melodies. It's political without being pedantic and aggressive without being pushy. Genre-splicing is hinted at but never fully exposed, like some mutant that resides in the dirty back room. Every song is fully realized and polished without losing its energy or drive, never stumbling over its complex rhythmic structures. Standout tracks like Straight Lines For Construction Workers are tight and catchy, furious in demeanor and calculated in execution. What sets Black Phantom Crusades apart is its clarity, both in its production and palatably self-righteous disposition. Excellent mood-driven post-punk from Red Animal War, this is definitely worth checking out." - Shredding Paper