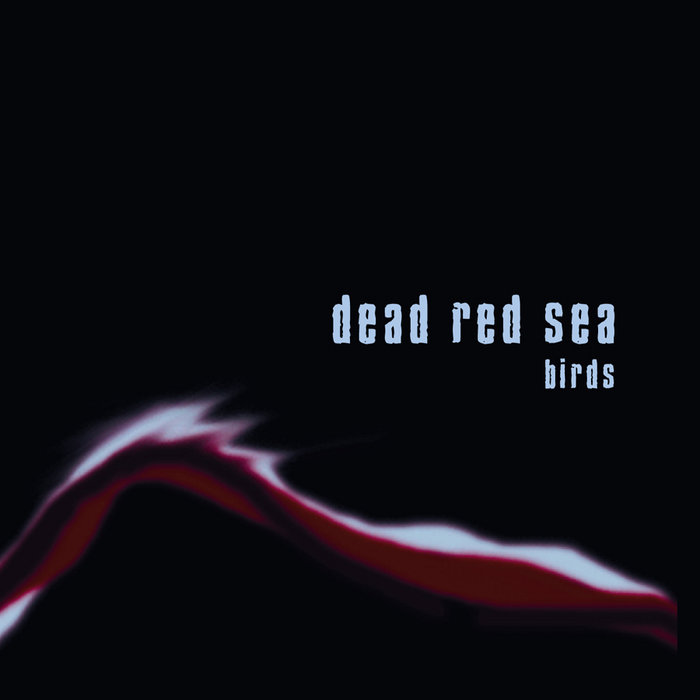 A dark and poignant merging of indie rock, hardcore and blues, Dead Red Sea strikes with a hushed aggression. Alienation and intensity mark the candid lyrics of frontman Ryan Shelkett (ex-Cross My Heart) who plays the melancholy everyman on BIRDS - his voice familiar and connecting - uncovering the charred aspects of his naked psyche. Through musical memoirs about insecurity, mistrust and self-loathing, he reveals the person trapped within his scrambled sense of self. The softly treading rhythm section provides the perfect accompaniment for Shelkett's earnest pop poetry. Weaving between sobering states of depression and energizing encounters with clarity, Birds is an exquisitely intimate affair flagged with songs that are soulful, drenched in feeling and charming. Unreleased song "Even If There's A Chance In Hell" on The Emo Diaries, Chapter Six. (DER-391)

"With Birds from Dead Red Sea, moody and caressing waves of lyrical beauty fall over you, inspiring you to sing along before you even know the words. The emotions capture you and steal you away, until you're lost within the music. The sadness, the loss, the angst, are rendered in shades of truth and energy. The songs roll into a dynamic swirl of melodic aggression, with the vocals keeping the music moving forward until, with a soft sigh, you're at the end." - Big Takeover

"Dead Red Sea's unique blend of melodic indie rock and bluesy beats give the songs on Birds a sort of soothing, melancholy mood, while the music itself is something to lie back, tap your heels and snap your fingers to. The effect floors me more each time I hear it. Birds is full of monumental, awe-inspiring songs that demand to be heard - or rather absorbed - time and again with their hook-filled rhythmic guitars and pacifying vocals. Birds is now one of the most cherished records in my entire collection...another gem stamped with a Deep Elm logo. Songs like Obscene Calls and Somewhere In The Universe are likely to remain among my most-played tracks for a long time." - Punk International

"Fans of Cross My Heart rejoice, as their most visible characteristic - the strong, rich, and passionate vocals of Ryan Shelkett - are present in Dead Red Sea on Birds. Shelkett has finally found the creative outlet he's been looking for in this new band. His vocals feel at home as there's a sense of melancholy roots-rock underlying most of the songs. It's in these softer melodies and more deliberate structures that Shelkett's vocals are able to really shine. His strong, emotional voice it fits perfectly, and in these quieter, more despondent songs, he and the rest of the band creates some mellow and emotional indie rock." - Delusions Of Adequacy

"When Cross My Heart decided to call it quits, the kids didn't have to be morose for long; their demise has consequently blessed us with this project, Ryan Shelkett's Dead Red Sea and their debut, Birds. This is Ryan's emo side coming through - spacey arrangements, delicately plucked guitars and whispery vocals are the name of the game, and Dead Red Sea inject more than enough originality to pull it off and keep it interesting. Experimentation with different sonic palettes like the country guitar on It's So Hard To Be Alive or the Agent Orange-esque guitar on the title track make Birds a really fascinating listen. It's impossible to tell what this band is going to do next. I mean, have you ever heard of an emo band being compared to Agent Orange? That in itself should tell you that these guys aren't content to follow the beaten path. As for songwriting, of course this is top notch. Lyrically, Ryan's melancholic obsession on mental illness carries through this record, as Love Is In the Air And Is Floating Away and Nowhere, Nothing give a good impression of the general lyrical tone. Dead Red Sea will have you doing back flips in your bedroom." - Deep Fry Bonanza