Between Whales And Feverish Lights 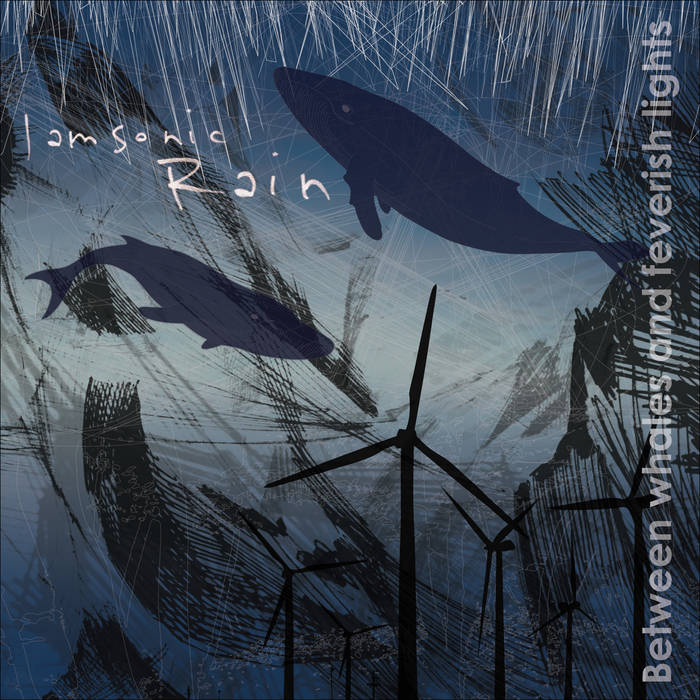 Caleb Bratcher I Am Sonic Rain really brings those dissonant sounds to the forefront and surrounds it with beautiful melodies Favorite track: The Nine Unknowns.

CARPAGE It took five years from their debut LP to put this album out. Well worth the wait!!! Favorite track: Precipitate Isn't A Great Idea.

From the first swirling drone of feedback to its fairytale-like ending, BETWEEN WHALES AND FEVERISH LIGHTS is an intense, exquisitely constructed soundscape that rests in beautiful chaos. Teetering on a precipice of apocalyptic nightmare and candy-coated delight, I AM SONIC RAIN succinctly captures the pathos of a dreamlike state. The band twinkles and thunders unpredictably through moments of sonic brilliance, instrumental violence and serene ecstasy, delivering songs that are emotionally resonant even without words. This dichotomous clash of tone - alternating, constructing and deconstructing both melody and mood with varying levels of hope and despair - results in the heaven and hell of post-rock albums. Bursting with charisma, depth and dynamic complexity, it's cerebral listening...and it cuts deep.

"Our music originates from the cobalt blue of metropolitan storms, the grey skies above the plain, the claps of thunder in the night, the stinging tinkle of rain drops, the hush of dense fog. It's a combination of hazy colors and pelting rain that falls violently over people's minds, leading and accompanying them in a sonic journey without breaks" says pianist Andrea Sara. "Our music is quite introspective, conceptual and permits free interpretation based on the personal feelings of the listener. The song titles represent the interpretation of our imaginations while playing them. The album title 'Between Whales And Feverish Lights' has a symbolic, perhaps poetic meaning. It all started with some drawings by our guitarist Giulio Signorotto. As soon as we saw them, the band decided that it was the right direction for the album. It's the perfect scenery for our music. It encapsulates what we sound like. We even used field recordings of the sounds made by whales to communicate (whale song) in the title track. The artwork and music grew together naturally and we are very pleased with the result" adds Sara.

I AM SONIC RAIN is Giulio Signorotto (guitar), Federico Cipolla (bass), Francesco Vettor (guitar), Alessandro Stival (drums) and Andrea Sara (piano / synth). Marco Longo of the band Ethienne (of which Andrea Sara is also a member) played guest guitar on Just To Rise The Day After. BETWEEN WHALES AND FEVERISH LIGHTS was produced by I AM SONIC RAIN and recorded by sound engineer Giovanni Gasparini at Sound Clinic Studios in Veneto, Italy. Deep Elm Records is simultaneously releasing the band's debut "It's Falling On Us" which was originally released in July 2005. The band resides in a small city of romantic canals in northeastern Italy called Treviso. About fifteen miles north of it's glamorous neighbor Venice and the same distance to the Adriatic Sea, Treviso experiences humidity, clouds, rain and fog all year long...and is an inspiration for the band's music as well as their name.