Bad News From The Bar

by Ride Your Bike 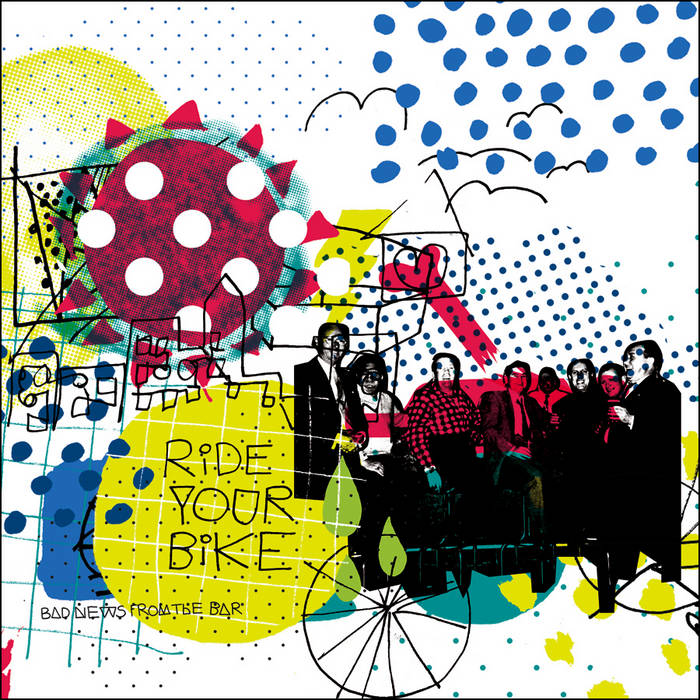 Every story needs a soundtrack. Just ask Mike Getches of Fort Collins-based Ride Your Bike who penned an imaginative screenplay to serve as the foundation for his addictive brand of indie pop....as well as his band's debut album. The musical companion to a wartime story, Bad News From The Bar is a lush soundscape that finds childhood friends Elliot and Lillian drifting apart due to Elliot's big city dreams. It's only through encounters with drug-addicted neighbors, police interrogators and fiery plane crashes that the pair ultimately discover what's really important. Getches' narrative sensibility and songwriting ability is innovative, unique and simply unforgettable. He boldly rejects pop's routine formula, seizing instead the genre's affinity for melody and injecting it with unpredictability and whimsy. Getches' voice is warm, soaring but tempered with fragility. But unlike so many bands, Ride Your Bike avoids overwrought emotionalism, instead creating indie anthems peppered with unusual instrumentation like horns, strings and gang vocals. The album overflows with catchy hooks and airtight sing-along choruses, proving Getches to be a true pop craftsman with more than a few eye-opening tricks up his sleeve. Produced by Andrew Berlin and Chris Jak (A Wilhelm Scream, Suicide Machines, Lemonheads, Rise Against), engineered by Johnny Schou (Good Riddance, Comeback Kid) and mixed by Jason Livermore (Rise Against, Less Than Jake, The Ataris). (DER-468)

"Ride Your Bike's Bad News From The Bar is more than a collection of idiosyncratic pop songs; it is a soundtrack to a story constructed by frontman Mike Getches. Some of the material here has a cavalcade of indie-pop hooks while So If We reveals a different side of the band as it begins with surprising aggression and nicely offsets some of the more subdued efforts. Getches uses his perfect indie rock voice to inundate the listener with emotion without ever sounding artificial. Instead, Ride Your Bike plays with a purity and focus. There are a lot of kids who are currently swooning over Plain White T's or Cute Is What We Aim For, but they should look into Ride Your Bike." - Jersey Beat

"Bad News From The Bar is one of the first records in months to literally come out of left field and take over my cd changer. Ride Your Bike isn't your typical Deep Elm band; they're part of a new generation. Enjoy the music for what it is: fun indie-pop with erratic lyrics and simple melodies. Check out Ride Your Bike because I have a good feeling that this won't be the last time you hear about them." - Absolutepunk.net