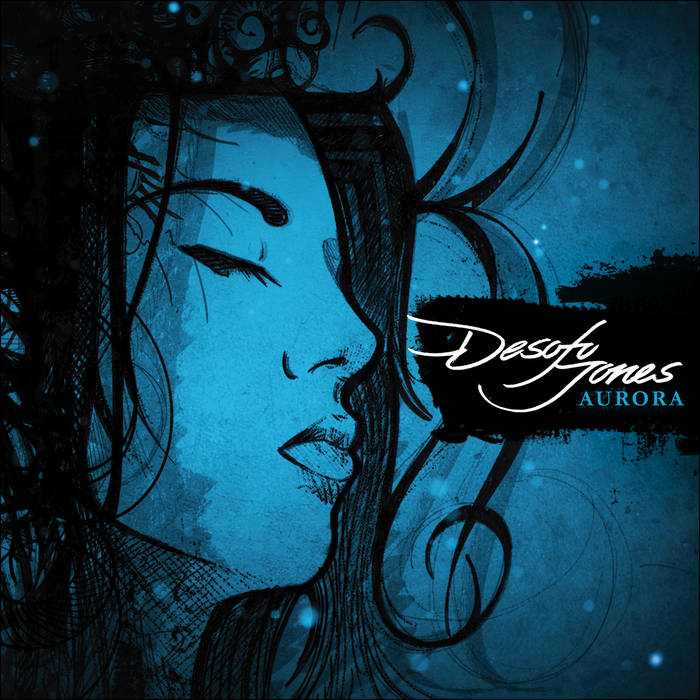 Rachel Rose Mitchell Aurora worms its way into your head and stays there forever. Energetic rock that you'll find yourself singing along to again and again and again. I've caught myself humming Cap Gun four times this week and it's only Tuesday. I'd love another full length release from these guys. Favorite track: Cap Gun.

Instant gratification. That's the best way to describe the monsters of rock known as Desoto Jones. Going big on their masterful debut with irresistible hooks, incredible lyrics and towering riffs, every song on Aurora hits hard and lingers long. Combining post-hardcore elements with tender lyrics and soaring choruses, this arena-ready wall of sound leaves no stone unturned...nothing left to be desired. Aurora overflows with shimmering hits like "Giant Magnets" and the compelling "Don't Fail Me." Even slow-burners like "Sweet Sun" and the standout "Courtesy Call" crackle with electricity and excitement while holding fast to their emotional foundation. The band's ability to inject undeniable melodies into fiery barnstormers creates a modern-yet-timeless sound that will undoubtedly have fans coming back again and again. Ultimately, Aurora is an album about new starts, renewals and hope. The album title refers to the Roman goddess of the dawn, who streaks across the sky each morning announcing the arrival of the sun. During recording sessions, the father of the band's three brothers passed away. Obviously a confusing and hopeless time, Aurora provided lightŠa reason to continue. "Nonfiction" is a moving, passionate and emotionally charged dedication to their father. Produced by Chris Badami (Dillinger Escape Plan, The Early November, Midtown, The Starting Line). One of the very best records ever released by Deep Elm. (DER-470)

"Debut albums can either disappoint, be yawningly average or blow your top off. Well consider my head blown off. Desoto Jones marries post-hardcore crunch with emotional rock ballads and beautiful soaring catchiness. Aurora tackles the listener with a ton of affectionate and passionate arrays of moving choruses and smart sky-scratching guitar blitzes. Possibly one of the best new young bands out there, Desoto Jones catches you with disarming harmonies and incredible song writing. Aurora is dashingly brilliant, compelling and completely irresistible with hooks that sink their teeth deep into your neck." - Smother

"Fearless Records A&R reps pay attention! While you continue to sign pop-rock bands that make critics vomit, a relatively unknown band from Jersey has quietly released what is sure to be one of the top pop-rock records of 2008. Desoto Jones have managed to make a genuine pop-rock album that does everything right. Upon first hearing Aurora, I was struck by the band's ability to blend charged rock n' roll energy with the gracefulness of melodic pop and Desoto Jones quickly set themselves apart from the pack. Speed Bump is a quality introduction to the band with perfect song writing, incredibly strong vocals and hooks galore. Aurora has it all: relatable lyrics, strong vocals, quality instrumentation and top-notch song writing. The songs are catchy, memorable, sincere and worthy of both air guitar/drumming and singing along. Desoto Jones make the kind of music that makes me excited to be a fan of music and to be writing about it. Thanks to the band for writing an album that can restore one's faith in rock music any time." - Pastepunk