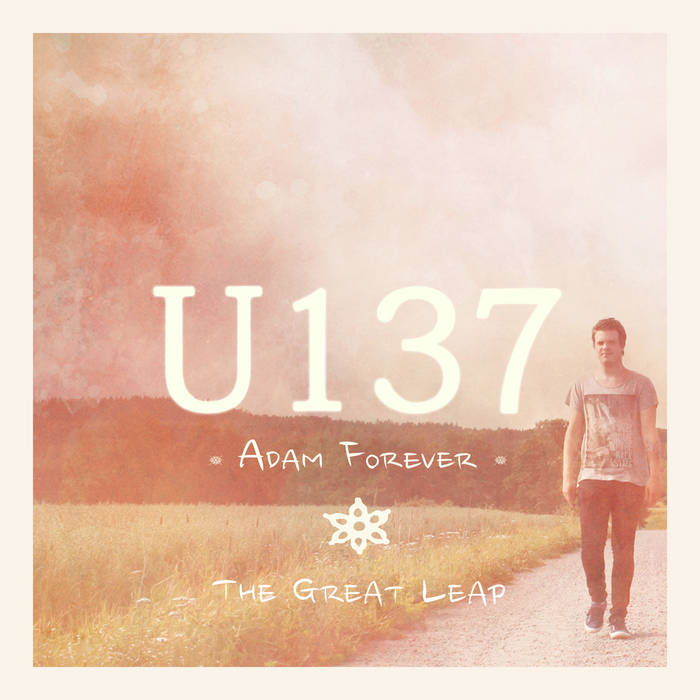 "When a soldier of the Arts has fallen...great tragedy and loss rule the day. But their presence, made eminent through their artistic manifestations, will remain in our hearts and in our souls and in our bones for all our days. You will be missed. You have been appreciated. Rest in Peace Adam and may you dine with the Rock Gods for all time..." - AndroidDreaming

Swedish post-rock duo U137 blew listeners away with it's 2013 debut "Dreamer On The Run" (the album currently has 40+ Million plays on Spotify alone) offering a unique combination of sounds glowing with fresh energy, diversity and originality. Despite the deceptive simplicity and immediate familiarity of the music, on closer inspection you will find that each U137 song is skillfully arranged with a soothing, soaring, sweeping complexity and self-disciplined intricacy that together form a blissful and recognizably human score to any relevant matter. With the aim of generating a feeling of pure euphoria in the listener, succeed they do...on every level. This is no doubt Scandinavian artistry at the highest level. Fans have eagerly awaited new music from U137 and that wait has ended with the forthcoming release of "Adam Forever / The Great Leap." Sadly, it's not all good news. With a very heavy heart, we regretfully share that after a tumultuous struggle with depression and substance abuse, the world lost 27 year old band member Adam Tornblad on May 8, 2017.

"I knew Adam since I was two years old. We started to make music together in our early teens in a band that would later be named Moonlit Sailor. An amazingly smart and talented guy, Adam has always been my best friend and we were always very close to each other. He had a beautiful mind and he created the most beautiful melodies with it. Unfortunately, with a beautiful and smart mind often comes a much darker side. Adam is in a much more beautiful place now and I’m longing to see him in the future when I get there. Writing Adam Forever was very difficult but also provided me with some much needed therapy. The feeling and sound in this song is my love for Adam. I wrote it for him. I started to write "The Great Leap" about two years ago and was the first song I wrote for the second U137 album. Both songs give you a good idea of what the next U137 album will sound like. This is not the end of U137, but a new beginning," says Oscar Gulbrandsen.

Oscar and Adam were also members of Moonlit Sailor and Sons Of London. "Words cannot describe how we feel. All the memories, everything we have gone through over the past 20 years as friends, suddenly seem so far away. Adam, thank you for letting us join you on your musical journey, for being your friend and thank you for all the memories. Look what we achieved together! Adam had such a unique talent for writing touching melodies. He was very proud of his bands and especially the Moonlit Sailor track he wrote titled 'Hope.' Let it play in eternity. Your music will live forever. We will never forget you. Rest In Peace. Adam forever..." said Moonlit Sailor via social media.

“Rich in textures, nuance, unexpected softness and energy, if you aren't moved by these songs, you aren't human." - Earmilk

“A whole lot to like. Calm and ambient in places, driving in others. Everything works, everything shines.” - Team Reasonable

“Elegantly arranged with dreamy reverb and a beautiful glow of pathos, melody, energy and spirituality.” - TroubleZine

“Unlike their namesake, U137 is unsinkable. An unabashedly romantic spirit that delivers everything it promises.” - Stat Travels