DORENA "About Everything And More"

About Everything And More 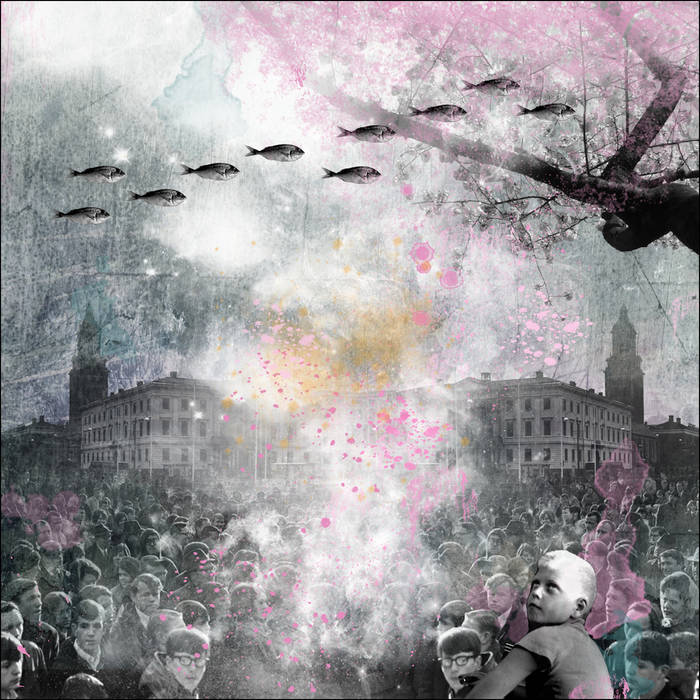 Caleb Bratcher Dorena's light use of vocals, catchy melodies, and enjoyable, lighthearted atmospheres make this an excellent choice for anyone just starting to dip their toes in post-rock or someone used to the heavier and darker side of things looking to expand their collection to something with more of a pop-rock influence. Favorite track: Stars In The Ceiling.

A leading light from the land of Nordic modernism, cinema and the Nobel Prize, DORENA evokes both captivating delight and sonic wonder through epic soundscapes and blissfully inventive, near-pop anthems. On their sophomore release, ABOUT EVERYTHING AND MORE, they flawlessly fuse ice-tinged atmospherics, entrancing melodies and sparse vocals with limited quiet/loud mechanics to create music that doesn't ask for your full attention...it claims it. The album transports the listener to a euphoric dimension, a realm where you get the feeling that something glorious perseveres in the end. It encapsulates you, rising above being mere sound and becomes something you can almost feel. From its moments of dramatic intensity to its isolated ambience, this is more than just a startlingly beautiful record...it's a force to be reckoned with. (DER-508)

"DORENA is an an acronym for "De Omnibus Rebus Et Nonnullis Aliis", a Latin phrase which roughly means 'about everything and more.' So in a sense, the album is self-titled. We decided on this title because we finally established our method of playing music together, our 'sound' so to speak, while recording this second album" says guitarist Kim Ruiz. "These recordings came together during a period of time when all of us (all five of our band members are all the same age) were standing right at the border between teenage life and adulthood. This album is a representation of that significant moment in our lives and the feelings of insecurity, love, loneliness and hope that come along with it. Although very few of our songs contain lyrics, the messages behind the songs range from to watching life pass you by and being lonesome but never alone to the beauty of youth and dreaming of a better tomorrow. We consider Dorena to be a mostly instrumental band with unique electronica and pop elements" add Ruiz.

DORENA is Kim Ruiz (guitar, vocals), Andreas Brandt (guitar), Samuel Ferm (guitar), Simon Rohlen (bass) and Jonatan Tikas (drums). They are all 21 years old and have been playing together since the Fall of 2007. ABOUT EVERYTHING AND MORE was recorded by master sound engineer Anders Lagerfors at Nacksving Studios in Gothenburg, Sweden in April 2010. Gang vocals on "Let Us Live" by friends of the band. DORENA kicks off a European Tour on October 29 in Poland and has released a video trailer for the album which can be found on Deep Elm's YouTube channel (youtube.com/DeepElmRecords). Deep Elm Records is simultaneously releasing DORENA's critically-acclaimed debut "Holofon" which was originally released in January 2009. The band resides in Sweden's second largest city, Gothenburg, which is well known for it's rich music scene.

"Rising above mere sound and becoming something you can almost feel. A force to be reckoned with." - Strangeglue
"Dorena isn't asking for your full attention, the music itself will claim it...the very essence of music." - Corezine
"Epic melodies that transport the listener to hope from despair. I hereby join the chorus of praise." - Joyzine