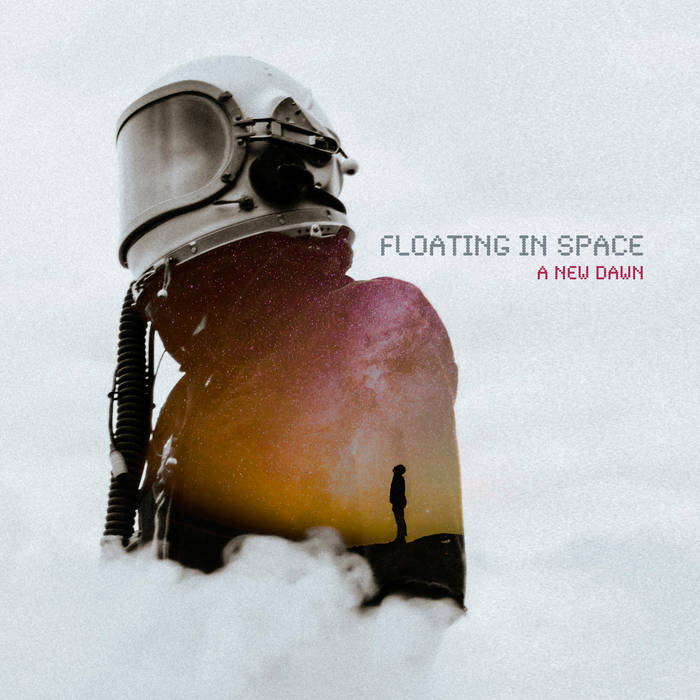 BD This is one of the most soul refreshing and uplifting post-rock albums I've come across. Favorite track: Where The Sun Remains.

Agent K Spanish Studio Project much in similar vein to Lights & Motion this effort is great soothing pastoral instrumental soundscapes.
The Vocals by Aniah Alves on "Dusk" make this stunning set of sonic orchestrations essential purchase if not for this track alone.
Given these times of Social Distancing the world is experiencing these days; "A New Dawn" definitely appears to be on the horizon. Favorite track: Dusk (feat. Aniah Alves).

Andrew Bennett Released just before pandemic time, in one of the centers of the pandemic, A New Dawn is an uplifting slice of defiance of one of the darkest times in our collective consciousness - a hymn to the dogged perseverance and hope in the human spirit in the face of adversity. This album marked the beginnings of a paradigm shift for me and its influence continues to be widespread and significant today. Favorite track: Yes I Will.

FLOATING IN SPACE has taken the incredible foundation laid on the band's debut and expanded the depths of music's majestic wonder to all new heights on its stunning third full-length album "A New Dawn". Filled with soaring power, profound hope and astounding frames of optimistic grace, this stunning album presents a roller coaster of emotion where bright and peaceful moments coexist with darker, melancholic ones. An aurally transcendent album, "A New Dawn" takes the next step in the evolution of Spanish composer Ruben Caballero's songwriting through a more emotional lens while retaining the essence of the Floating In Space sound. The vision, the purpose and the realization of this album bring light and faith where there is little. The new album also features the band's first vocal track "Dusk" featuring Portuguese mezzo-soprano Aniah Alves. Sweeping across every conceivable emotion with cinematic showmanship, Floating In Space pierces the soul, mind and spirit in a way reserved only for the upper echelons of post-rock.

"When I started composing this album, I wanted it to be a natural process so that the songs emerged freely, spontaneously and with honesty as a reflection of how I felt at the time of writing them. This year and a half process has allowed me to capture a multitude of emotions that I experience in my day to day life. Each song, each story, allows us to dive into intimate, fragile, almost minimalist but also intense, epic and forceful moments. A New Dawn is a roller coaster of emotions, where bright and peaceful moments coexist with darker and more melancholic ones. As an artist, I feel the need to innovate and do different things. While Dreamland was a direct, luminous, dream-inspired album with crystalline melodies, the new album is more focused on emotion. The melodies are more fragile, volatile and sometimes seem to disappear, thereby accentuating more evocative textures. It is also a very dynamic album, with many changes and nuances that offer the listener new stimuli and sensations," says Caballero.

He continues, "Many of the parts that I recorded contain improvised piano and guitar or percussion parts. As a consequence, there are slight imperfections that bring freshness and liveliness to the songs, something difficult to obtain when you record the same fragment fifteen times, almost mechanically looking for the perfect take. I also used new instruments on A New Dawn, among which is the clarinet, the instrument with which I started in music when I was a child and whose sound I adore. Vocals, an element you hear every now and then in my songs as more of an instrument, takes on a new role in the song 'Dusk'. The story of 'Dusk' called for a leading voice and Aniah Alves was the perfect match. A New Dawn contains ten songs, ten stories that I hope each listener makes their own."

"Filled with power, pulling you in and taking your heart to the heavens, FIS has perfected the genre of cinematic post-rock." - Oklahoma Lefty

"Soundscapes that hypnotize the listener with all its grandeur. A total package of intensive songs that pulls us across the finish line." - SnoozeControl

"Truly uplifting and enlightened songwriting from the opening note to the very last, your heart will be fit to burst." - Will Not Fade

Floating is Space is composer, songwriter and multi-instrumentalist Ruben Caballero. The album was written, recorded, produced, mixed and mastered at Arctic Studio in Alicante, Spain by Caballero. Vocals on "Dusk" by Aniah Alves. Cover images by Philippe Nick (astronaut) and Greg Rakozy (milky way). The band's discography includes "Dreamland" (full-length, 2018) and "The Edge Of The Light" (debut full-length, 2016) both released on Deep Elm Records. The band resides in Javea (aka Xabia), a small coastal town in the province of Alicante, Spain on the Mediterranean Sea. (DER-600)